The Miura That Never Was – The Lamborghini Miura Roadster

Oh, there was an open version of the Miura. But that was done by the coachbuilder, without Ferrucio’s permission. 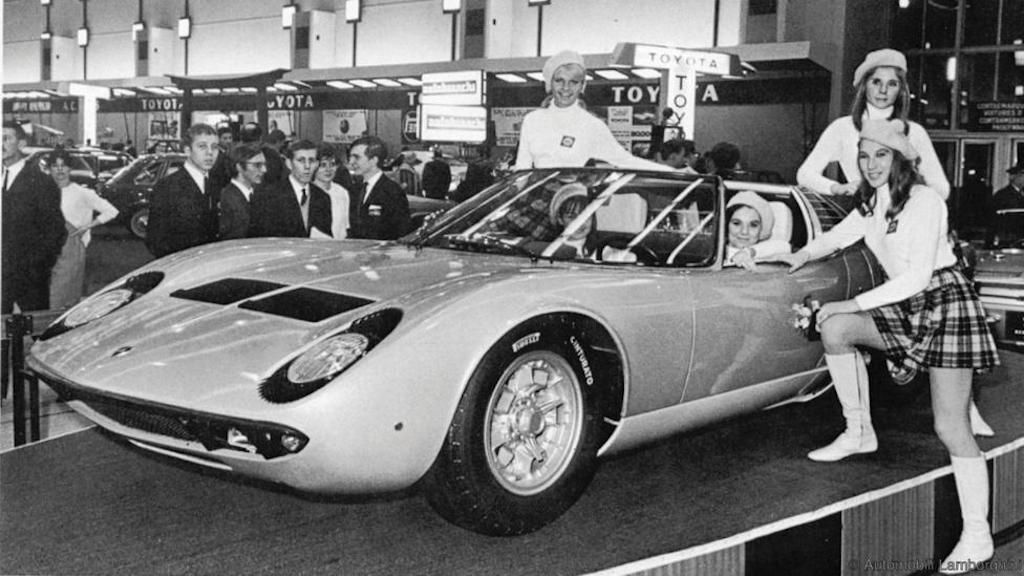 Now coachbuilders do this all the time—making a new model and hoping the clamor at the auto show will result in the automaker ponying up for some orders. 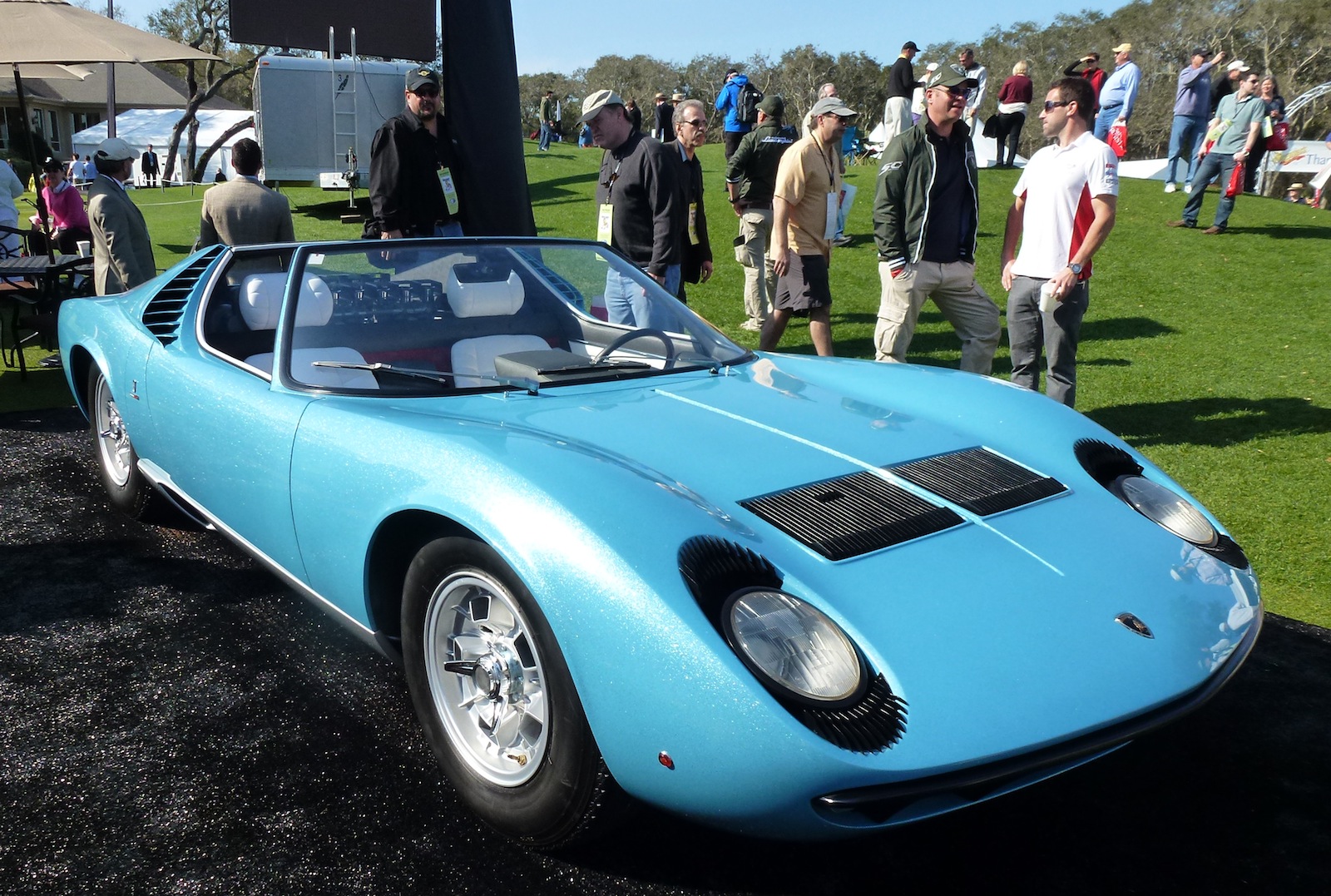 The Only Factory Made Lamborghini Miura Roadster – Photo by Mike Gulett

But in this case, Ferrucio Lamborghini had never designed the Miura to be roofless and didn’t like it when he saw the Lamborghini Miura Roadster. Fortunately Bertone didn’t go into business of making them for private customers as Scaglietti did when the Chinettis ordered the Ferrari 275GTB NART Spyder. Enzo said no. Scaglietti said “Yes” so ten were built.

Not that there weren’t special Miuras built. The Shah of Iran, being a multi Miura owner, managed to get a couple of street cars fitted out similar to the Jota test car, which had been smashed in testing. 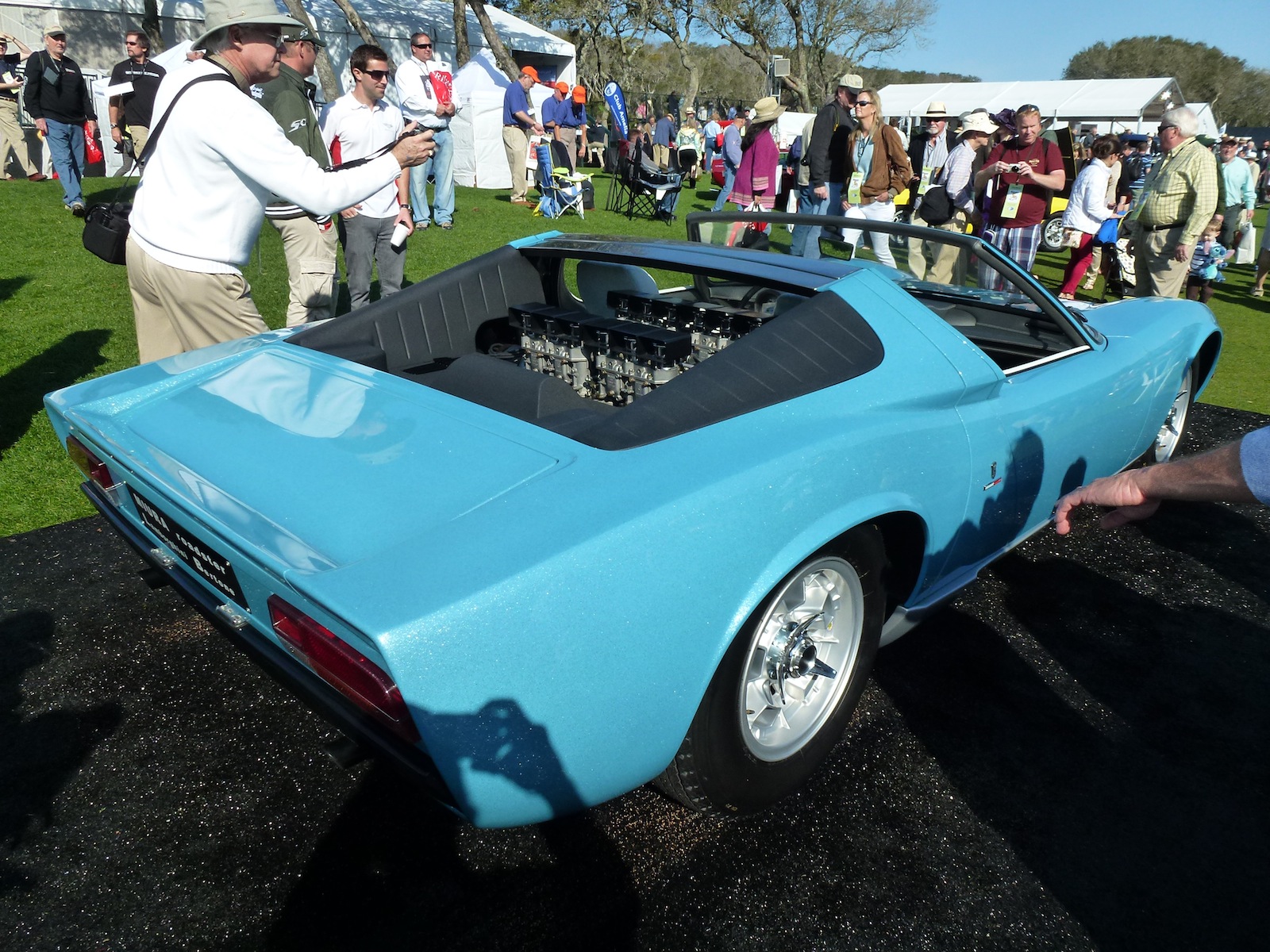 So Stile Bertone went ahead and showed the car, in baby blue, at the 1968 Brussels auto show. Not only was the paint a shockingly American kustom car type of metalflake but the car had a white interior which is not very race car like. Actually it’s been restored to its original livery, and was displayed at the Amelia Island Concours d’Elegance as part of Lamborghini’s ongoing 50th birthday celebration.

Having driven a Miura, and noting the flex of the body (I likened it to a go-kart) I would say it’s not the best idea and I myself am an open air car guy. 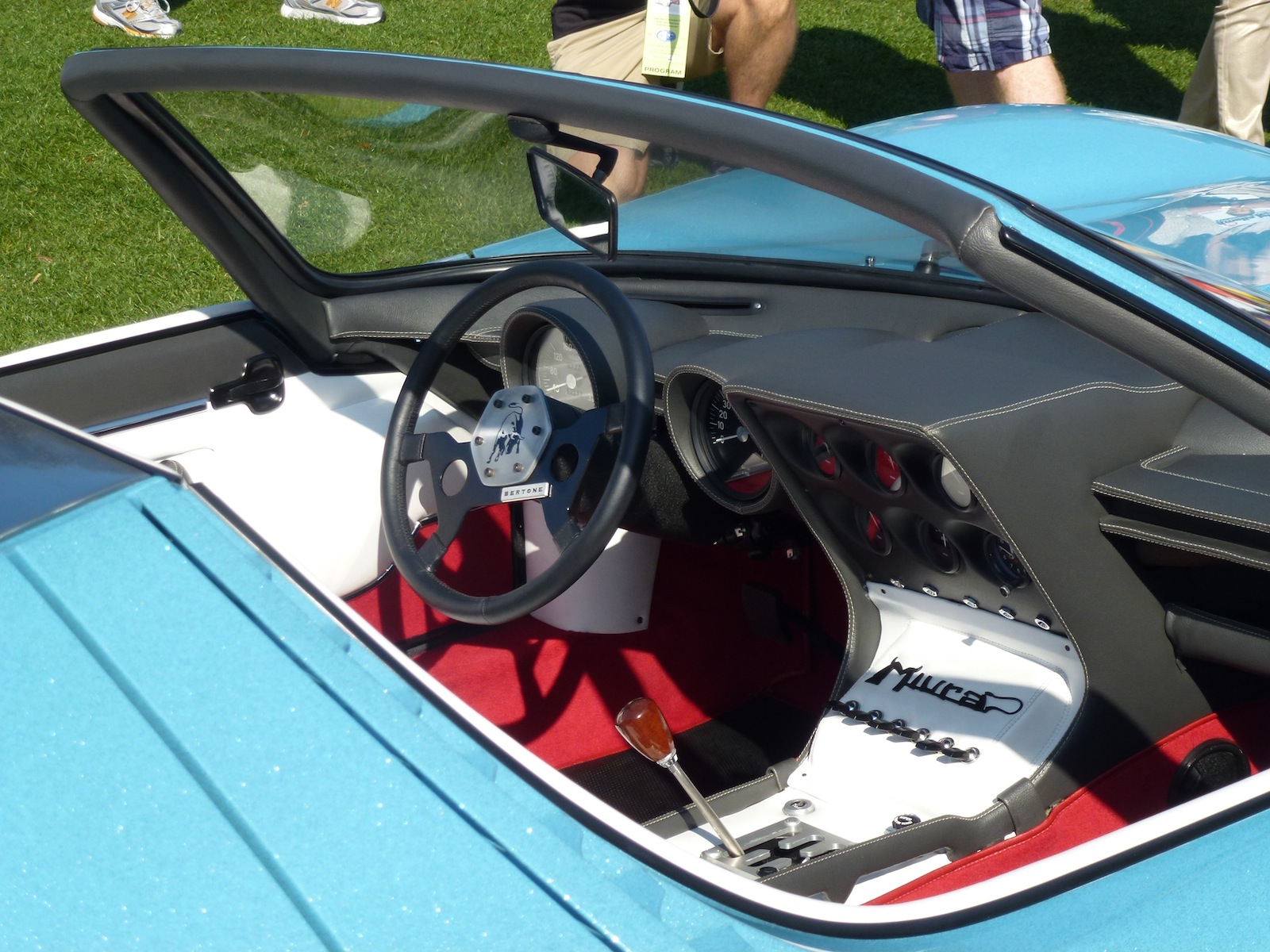 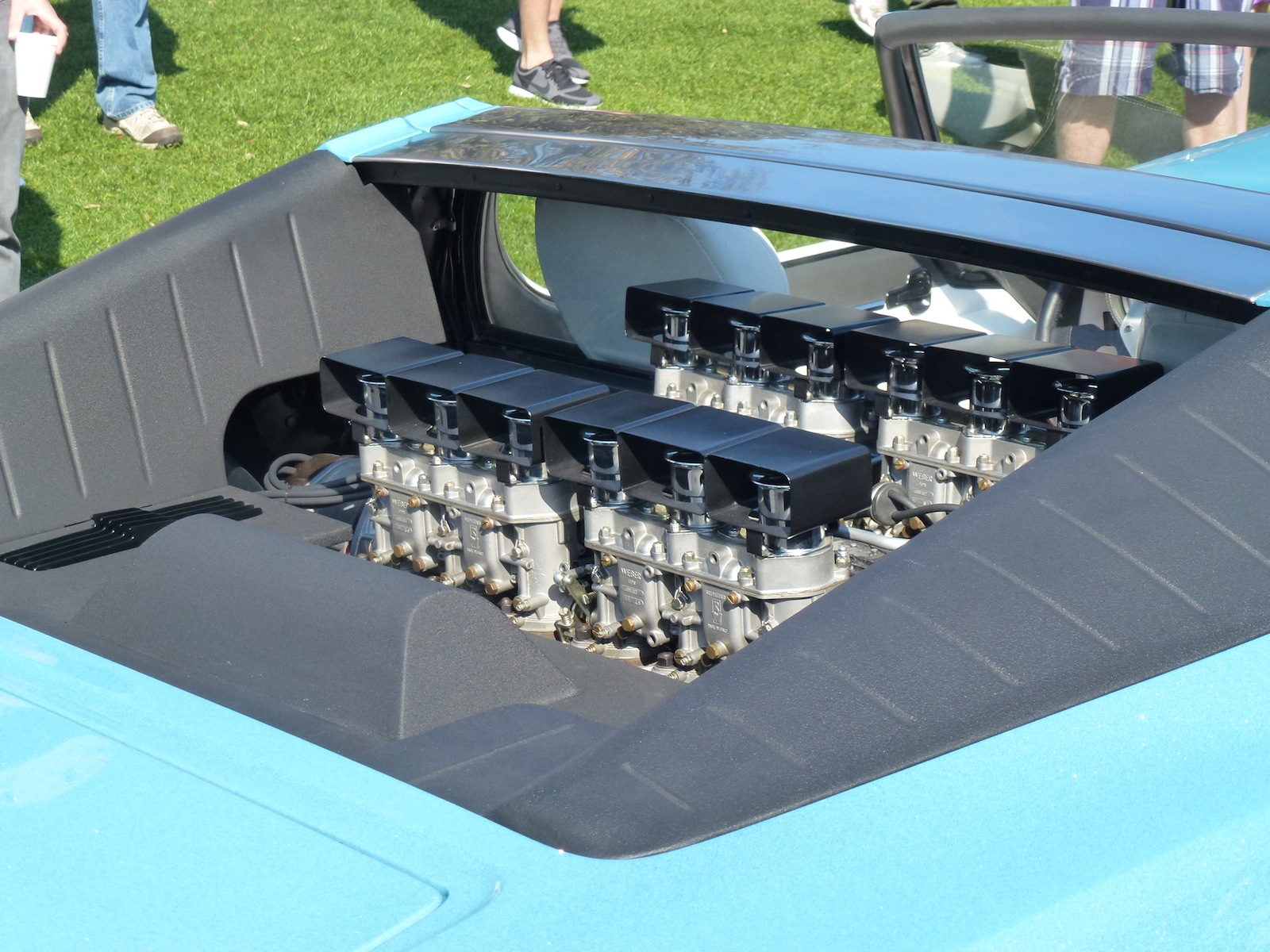 The car got a second life after being a Bertone show car. An association in Detroit with the duty of promoting zinc, which is used in making chrome, bought it and customized it, adding (horrors!) hubcaps and other gimmicks and calling in the Zn-75, the chemical name for zinc. It was then donated to a museum where I saw it once, unaware that you could buy things from museums.

I have learned since and my Incredible Barn Finds books (Enthusiast Books, Hudson, WI) have several sterling examples. 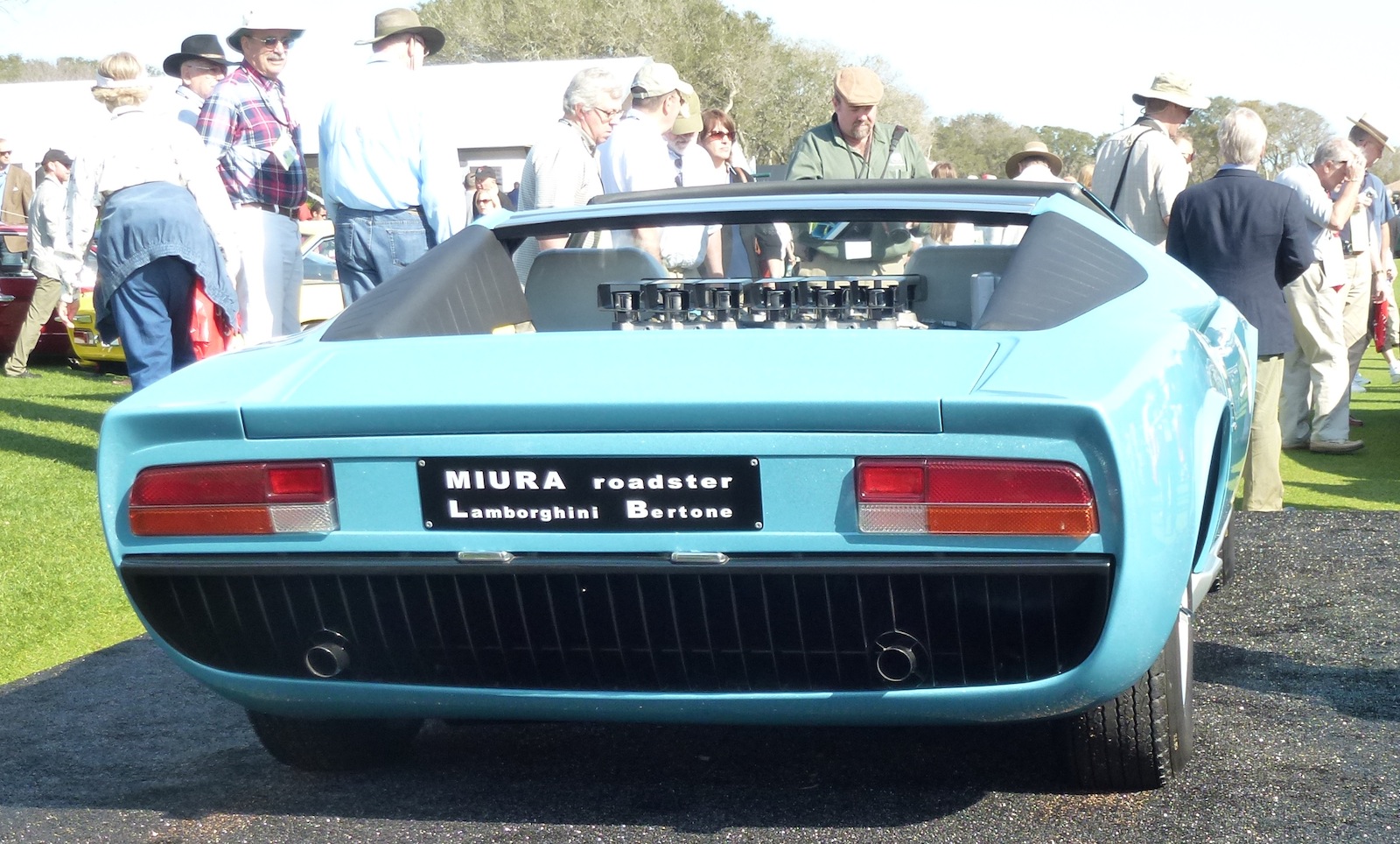 But as the car changed hands a few more times it was realized by a more recent owner that it really needed to be the Italian version of the car to be representative of the Miura, not the customized-to-sell-industrial-products version it was in America.

And so it is, now it’s back to the Bertone original look, and it’s the car that shouldn’t exist. But it does. 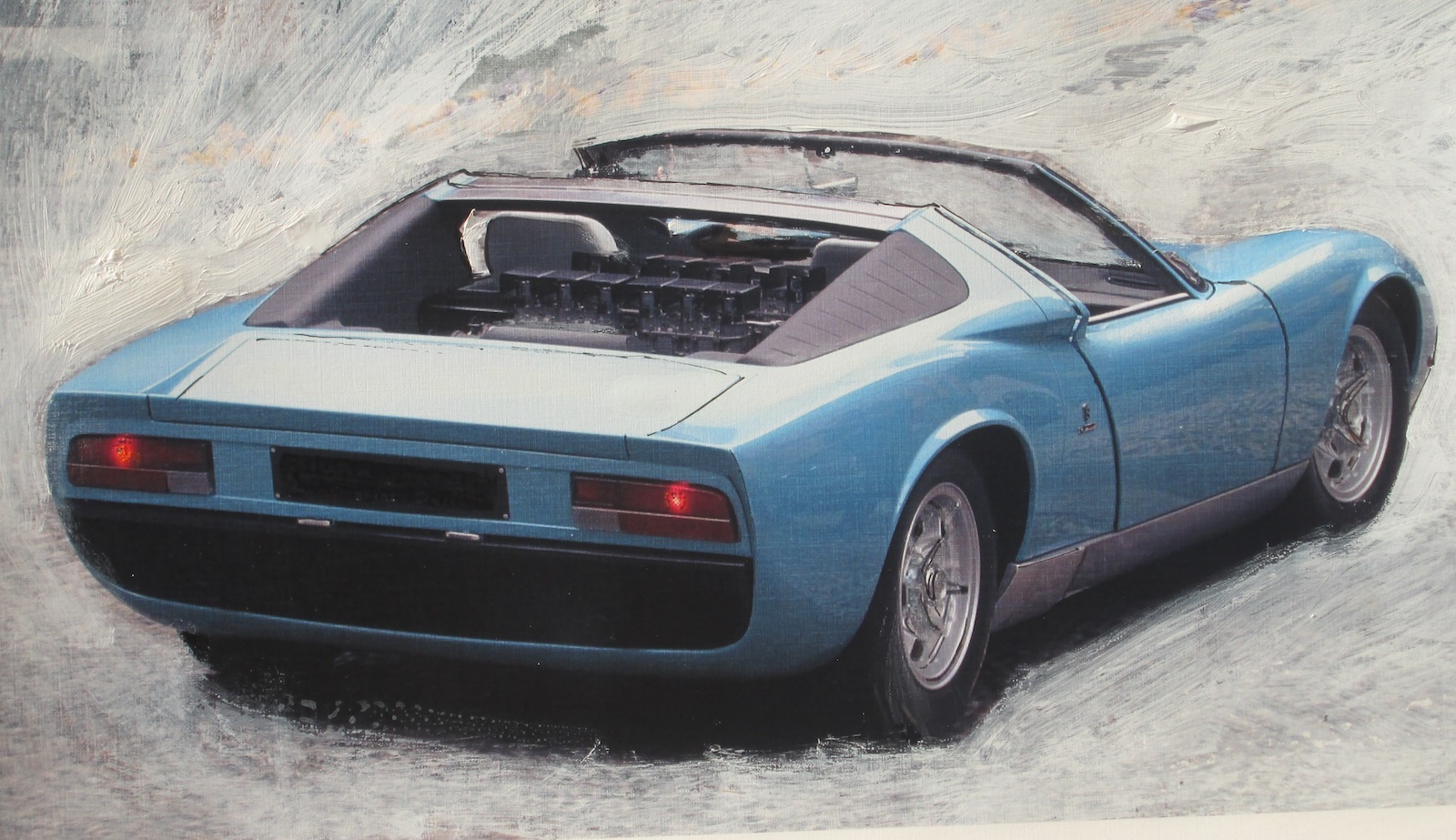 We have 7571 visitors online