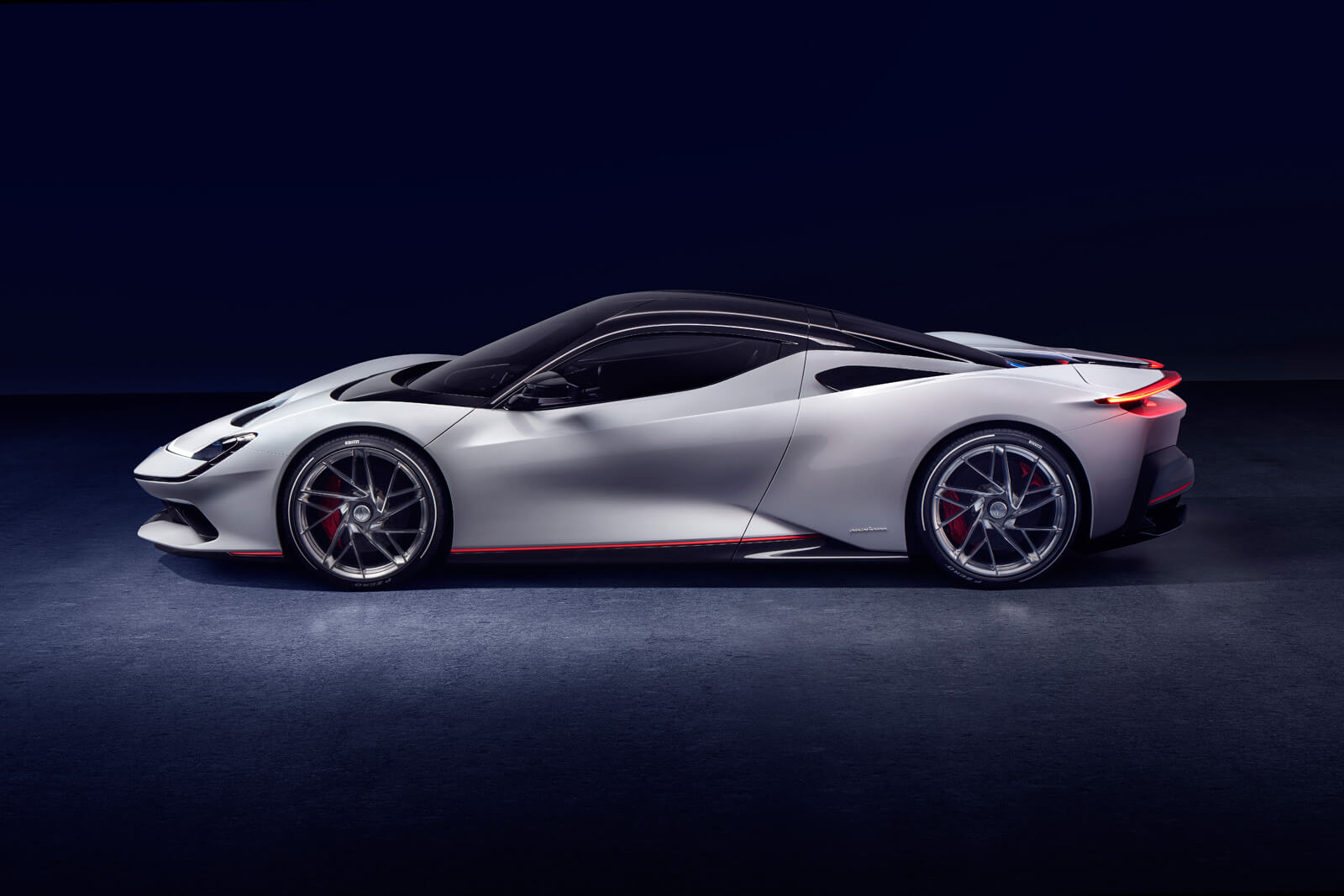 The car has a carbon-fibre monocoque chassis with aluminium crash absorbers at the front and the rear and most of the body panels are also built from the same material in order to keep the weight low. The car has 21-inch wheels wrapped in Pirelli P Zero Corsa tyres.

The adjustable suspension system of the car will be tuned for maximum road comfort. The car has five driving modes all of whom alter the power generated by the powertrain. The car features carbon ceramic brake discs measuring 390 mm (15 in) at the front and rear and equipped with six piston calipers front and aft. The active rear wing acts as an airbrake to improve stopping power.

The interior of the car is customisable according the customer's specification. A carbon steering wheel is flanked by two large screens on either side, displaying vital data to the driver. The interior is upholstered in leather. The car is claimed by the manufacturer to generate cabin driving sound using acoustics.

The battery pack is T-shaped and is located in the central tunnel and behind the seats. Once fully charged, the battery pack allows the car to have a range of 451 km (280 miles).

Production of the Battista will be limited to 150 units and will begin in 2020. The units will be equally allocated among prospective buyers from North America, Europe, Asia and Middle East. Each car will be hand-built at the dedicated Pininfarina facility located in Cambiano, Italy. 40 percent of the car's production was already reserved before the car's introduction.

In June 2019, Automobili Pininfarina unveiled a revised version of the Battista sports car in Turin, Italy. The new design elements come as the model advances through its development programme, towards the simulation, wind tunnel and development drive stages. Changes made to the design include a more aggressive front end and revised wing mirrors having stalks similar to the La Ferrari.

We have 7422 visitors online