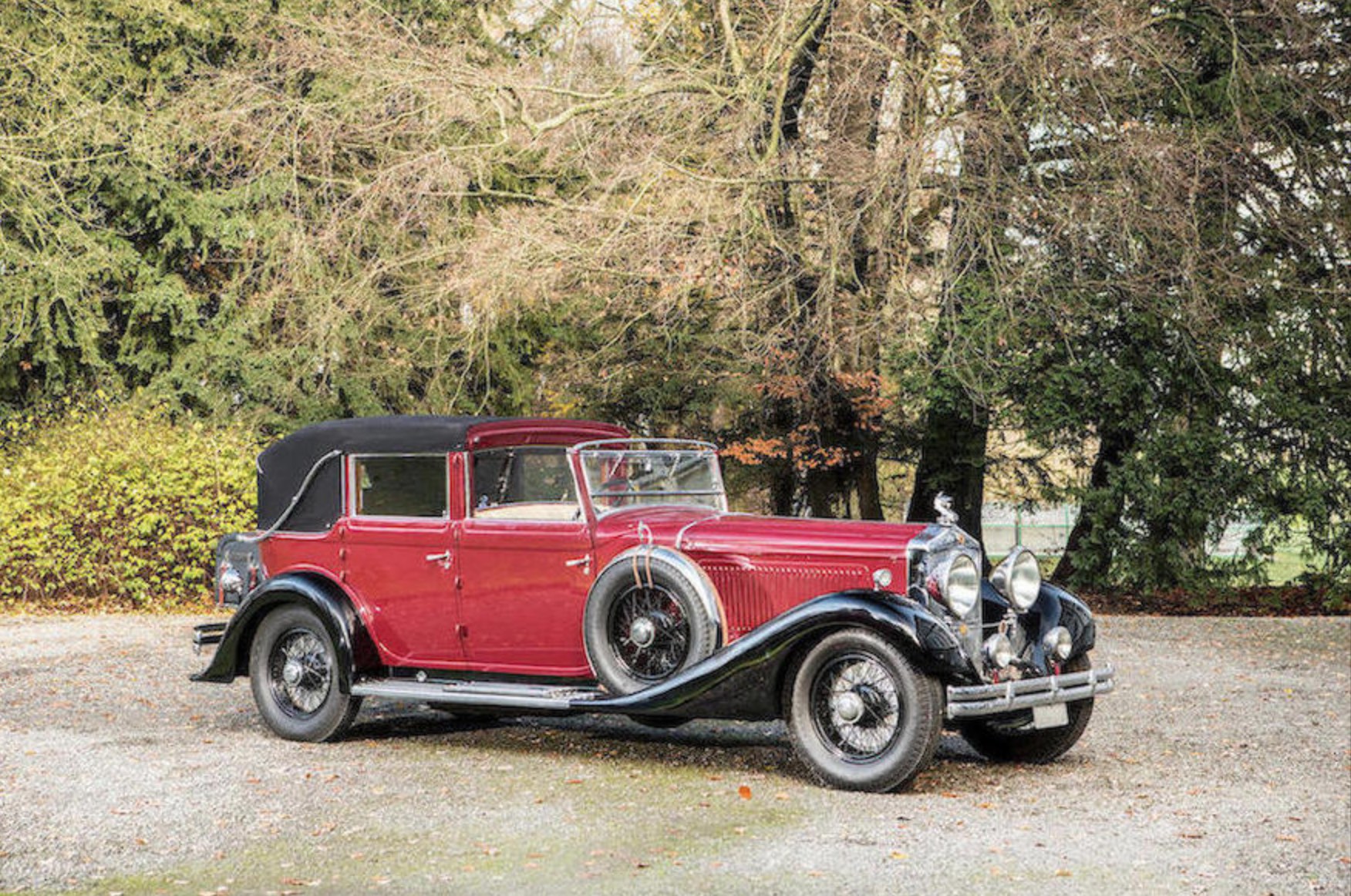 Founded within Brussels before the state of Belgium even existed in 1805, Jean Joseph D'Ieteren's workshop originally specialized in the production of chariot wheels, but would quickly take on the assembly of complete chariots. The company would remain in family hands over the course of many generations with each progressing the firm to greater heights. After Joseph's death in 1831, his two sons had taken over the operation, with the youngest, Alexandre, developing the skills necessary for drawing and reworking carriage woodwork in Paris. His sons, Alfred and Emile, then took the reins of the family business, and became the official suppliers to the Belgian Royal Court. By 1897, the first motorcar body was constructed by the company, and Alfred's sons, Lucien and Albert, would then focus exclusively on Automotive Coachwork. By this point, D'Ieteren was a sizable business with brand new workshops in Elsene. Over 100 brands from Imperia to Mercedes utilized the excellent craftsmanship of this carrossier, and over the course of their time in this field roughly 6000 cars passed through the shop doors.

After the First World War, the brothers shifted focus, and the company moved into the business of importing and assembling vehicles, and by the end of World War 2 coachwork production was finalized. A close relationship with Volkswagen grew over the post war years and the company remains an importer of the groups many products today.

This exceptional AL represents a 'Tour de Force' of Belgian manufacturing marrying the highest quality that the country offered in terms of engineering excellence and coachbuilding design. D'Ieteren's body plaque proudly describes their craft as 'Carrosserie de Grand Luxe' and for this car's design in their records in its unashamed titled as an Imperial Cabriolet. In every respect it displays the grandeur that one might expect from such a title.

The original owner of the car is noted to be M. Baelde and on file is a period image of what must be his family assembled in it in its early days, perhaps when new, it is clearly proudly appreciated by all. At that point the car can be seen to be in a two tone guise of light coloured body accented by a darker hue for the mouldings on its sides and matched with dual hued wheel discs.

Later images on file, most probably from the 1960s show the car having been restored in darker colours as it is today and with a light fabric top. According to a feature article by Automobile Quarterly on the model, at one point it would share the stable of Jan Verswijver alongside the Jacques Dens example also today in this collection. By the 1980s the Minerva is known to have been the property of a Belgian collector, Erwin de Pelsenière, as listed on an old log book. Mr. Vander Stappen would add the D'Ieteren AL to his collection some time after this. The car has always been well known and was accordingly when Phillippe Boval and Albert Valcke put their 'Minerva Vandaag' (Minerva Today) reference book together it was included in this publication.

In the present ownership we understand that the Minerva received a fresh repaint in a monotone burgundy scheme for the body, contrasted with black wings as we see it today. The full-length top for all weathers was also renewed and from its lack of age it would seem that the interior was also refurbished at this time in light cream leather to the front and rear compartments. Although shown by him on occasions, latterly in his care this, like others in the collection, was not able to be enjoyed by him and we would advise that it undergo recommissioning prior to use.

The interior upholstery is offset by a plethora of marquetry extending around the rear door panels and to the division, as well as the addition of 'jump' seats in case more passengers were to be chauffeured. For the guests that rode in the rear it would have no doubt been reassuring that the door openers are topped with exquisite crown shaped controls. While, the exterior is appointed with its own reminders of the origin of the car's creation, with large Willocq Bottin headlamps, each with Minerva Goddess appliques and a commodious trunk by Brussels based company Paul E. Cousin. At its helm, the brazen chrome radiator is adorned with a large stylised Minerva Goddess mascot.

In every respect this is an automobile that oozes quality, design and refinement, and like others of its brethren it is those characteristics that make these majestic Minervas logical candidates for presentation at Concours d'Elegance events around the world. Rarely seen in recent years, with its finely detailed coachwork by one of the most respected houses that is still known Internationally, its surely has much potential.

We have 9412 visitors online