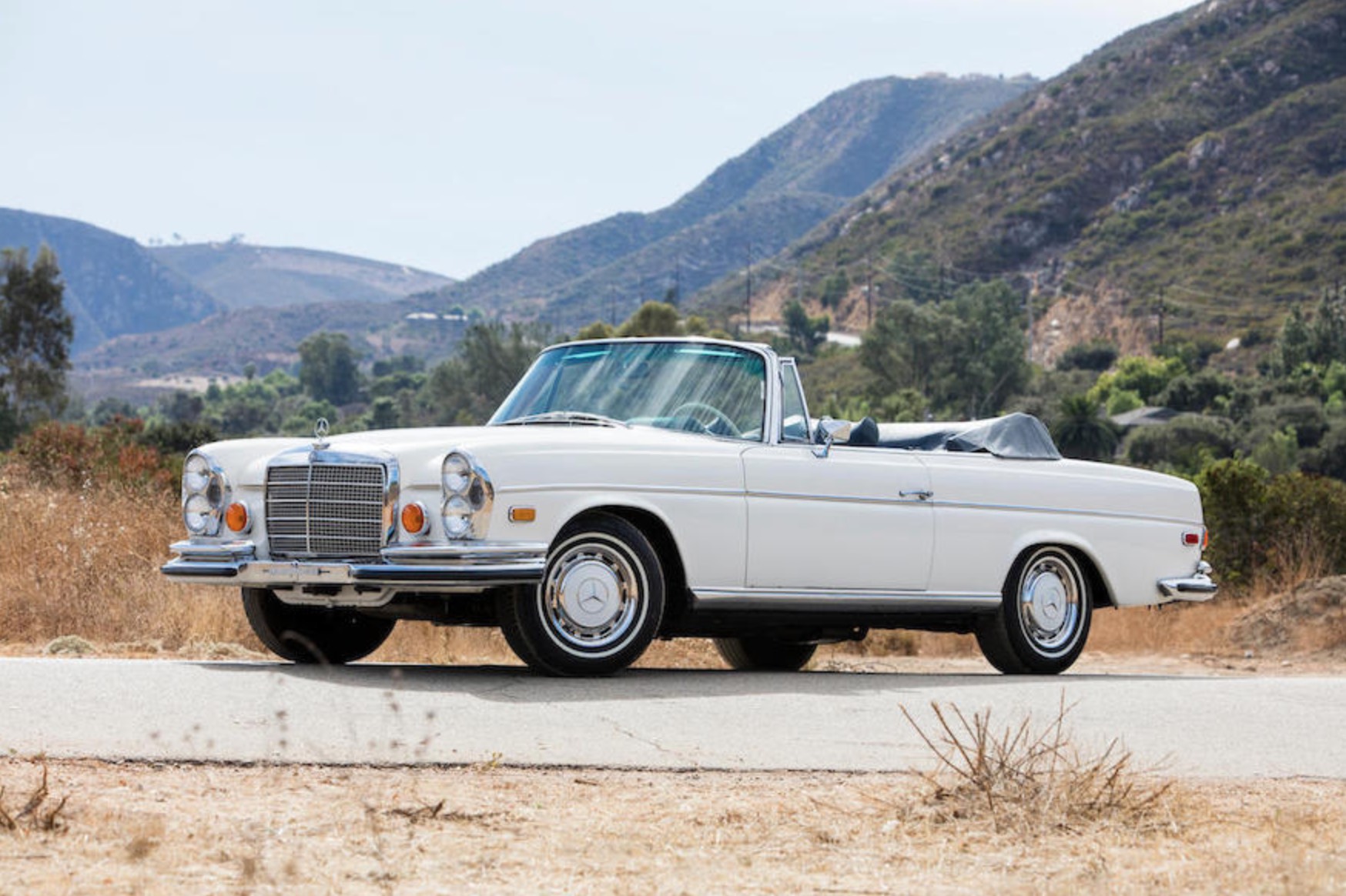 "If you feel obligated to ask about the price you not only will never understand the car, you have branded yourself incapable of ever appreciating its virtues even if someone gave you one". Car & Driver on the Mercedes-Benz 280SE 3.5.

The 3.5-liter version of the 280SE typifies the resurgence of larger-engined Mercedes-Benz models that began in the late 1960s. The ultra-luxurious 280SE Coupe, Cabriolet and 300SEL saloon models were chosen by Mercedes-Benz to launch its magnificent new 3.5-liter V8 engine in 1969. An over-square design featuring a cast-iron block and aluminum cylinder heads, each equipped with a single overhead camshaft, this all-new, state-of-the-art power unit produced a torquey 200bhp, courtesy of Bosch electronic fuel injection and transistorized ignition. Thus equipped, the 280SE 3.5 was good for cruising speeds up near 125mph, with 60mph reachable in 9.5 seconds, a substantial improvement on the six-cylinder version's figures.

Although the equivalent SEL saloon used the "New Generation" body-shell, the Coupe and Cabriolet kept the coachwork that had debuted back in 1959 on the 220SE and, as befitted top-of-the-range luxury models, came equipped with automatic transmissions, air conditioning, power windows and stereo radio as standard. The 280SE 3.5 was to be the final model to feature this much-admired body style, and today these last-of-the-line top quality classics are highly sought after by discerning collectors.

Completed at the Mercedes-Benz's Stuttgart factory in the latter part of 1970, this extraordinary 280SE 3.5 Cabriolet was prepared for the US market, and finished in DB396 Medium Blue over a blue leather interior and blue convertible top. The car was equipped with the desirable floor mounted shift lever, a Becker radio, air conditioning, folding armrest and white wall tires.

This elegant Mercedes-Benz 280SE 3.5 Cabriolet is believed to have resided on the East Coast until 2015, and kept mostly as a "special occasions" collector's car, as the odometer reading of less than 58,000 attests to. By the early 2000s, the Mercedes-Benz was owned by enthusiast Warren Greene of Atlanta, Georgia. Soon after acquiring the car, Mr. Greene decided to have the Mercedes-Benz cosmetically restored, treating it to a re-paint, new interior and many other details. The 280SE 3.5 had at that time accumulated just over 50,000 miles since new so was a very original and solid example to refurbish.

The Mercedes-Benz remained in Mr. Greene's collection until 2010, when purchased by Mr. Gene Taggart of South Carolina. While in Mr. Taggart's ownership, the car was treated to a comprehensive service and tune-up, as well as a refurbishment of the air conditioning system. This work was performed by the renowned, Hilton Head, South Carolina based classic Mercedes-Benz specialists at Modern Classic Motors. The 280SE 3.5 was purchase by the consignor in 2015, and has since resided in his climate-controlled San Diego, California based collection. During his ownership, the car has received both mechanical and cosmetic upkeep and attention, including installment of new shock absorbers,

Today this beautifully presented, top-of-the-range V8 Mercedes-Benz Cabriolet presents exceptionally well in a period-correct white over blue interior. It is a rare model as well; only about 800 examples of the luxurious 280SE 3.5 Cabriolet were specified for the US market. The car's comprehensive history file includes copies of the Mercedes-Benz factory build records and receipts from service and maintenance work. A tool roll is neatly situated in the trunk. These high-quality, stylish V8 powerhouses are the last of the classic, hand-built cars to come out of the Mercedes workshops in Stuttgart. They offer timeless styling and extreme luxury in a very usable package, accounting for why they are so highly prized today. With fewer than 58,000 miles from new, this beautiful Cabriolet is a great way to experience the legend of the opulent and powerful 280SE 3.5, a model carrying the distinction of being one of the marque's most highly prized models of its generation.

We have 9694 visitors online