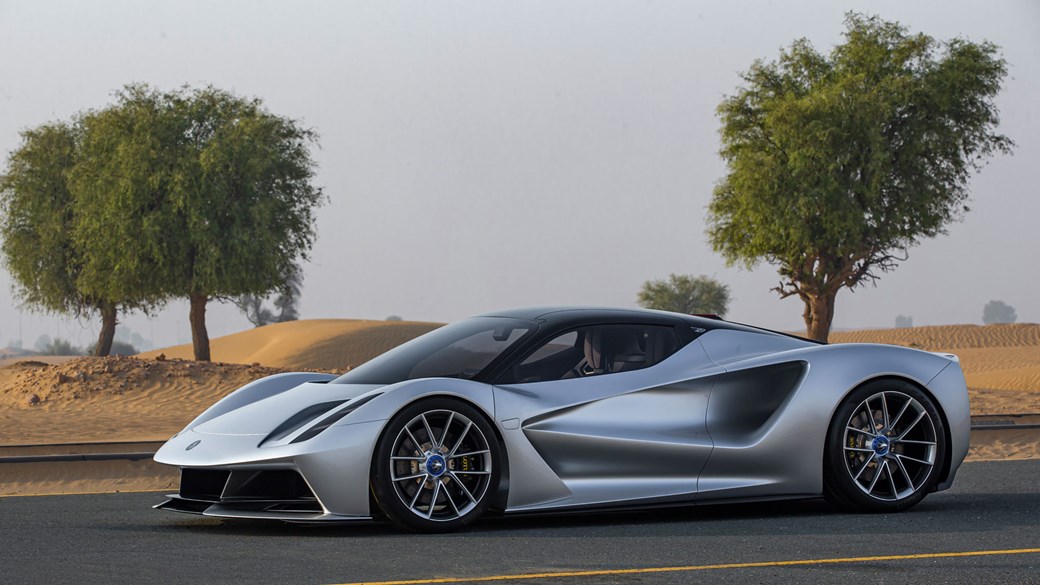 The first all-new product from Hethel in over a decade, and its first under Geely ownership. Originally codenamed the Type 130, the Lotus Evija is an EV with sci-fi looks and equally outrageous performance. Lotus will produce just 130 examples, and it’ll cost around $3 million when deliveries begin in 2020.

The Evija – pronounced ‘E-vee-ya’ and meaning ‘the first in existence’ or ‘the living one’ – is the first fully electric supercar from the established sports car marque and the most powerful, too. With a target power output of 1973bhp, the Lotus could edge out the Pininfarina Battista’s 1900bhp by a decent sum – and a kerbweight of 1680kg combined with 1254lb ft torque means it’ll be super-quick, too.

Although now under the ownership of Chinese car manufacturing giant Geely – which also owns electrified brands Polestar and Geometry – Lotus has tapped Williams Advanced Engineering for the Evija’s powertrain. The tech and business arm of the Grove F1 team already has significant experience with electric motors: it designed the battery used in the first four seasons of Formula E.

Unlike most other EVs, the Evija eschews a skateboard solution for the batteries, and instead pushes the lithium-ion unit low and behind the passenger compartment. Power gets to the road via an electric motor for each wheel, and that means all-wheel drive and torque-vectoring – both essential when managing 1254lb ft of torque.

The Lotus should keep going, too: range is a claimed 250 miles on the more rigorous WLTP test cycle, and that performance should be accessible at any time.

It’s built around a rigid carbonfibre monocoque – the first on a roadgoing Lotus. Like most contemporary hypercars, the surfaces of the Evija have been designed to produce as much downforce as possible, but unlike most rivals it doesn’t have a traditional drivetrain and associated paraphernalia an ICE needs. That meant Lotus was able to try some serious new techniques to squeeze and shave weight from its new hypercar.

Alongside the usual formula of huge diffuser and flat floorpan, the Lotus Evija achieves extra downforce through two aero tunnels that channel air not over but through the car. Just as F1 designers clear space in front of the diffuser and rear wing to generate cleaner free air flow, so Lotus has essentially done the same thing by boring two tunnels through the bodywork. The rear lights are then wrapped around those tunnels for a futuristic look, while the light-up Lotus badging across the rump doubles as a reversing light.

In addition to this sculpted bodywork, the Evija will also deploy a huge old-fashioned rear wing when needed, and it also uses a drag reduction system (DRS), like an F1 car.

The Lotus Evija was presented in the summer of 2019; the order books are open. Only 130 Evijas will be built.

We have 7075 visitors online