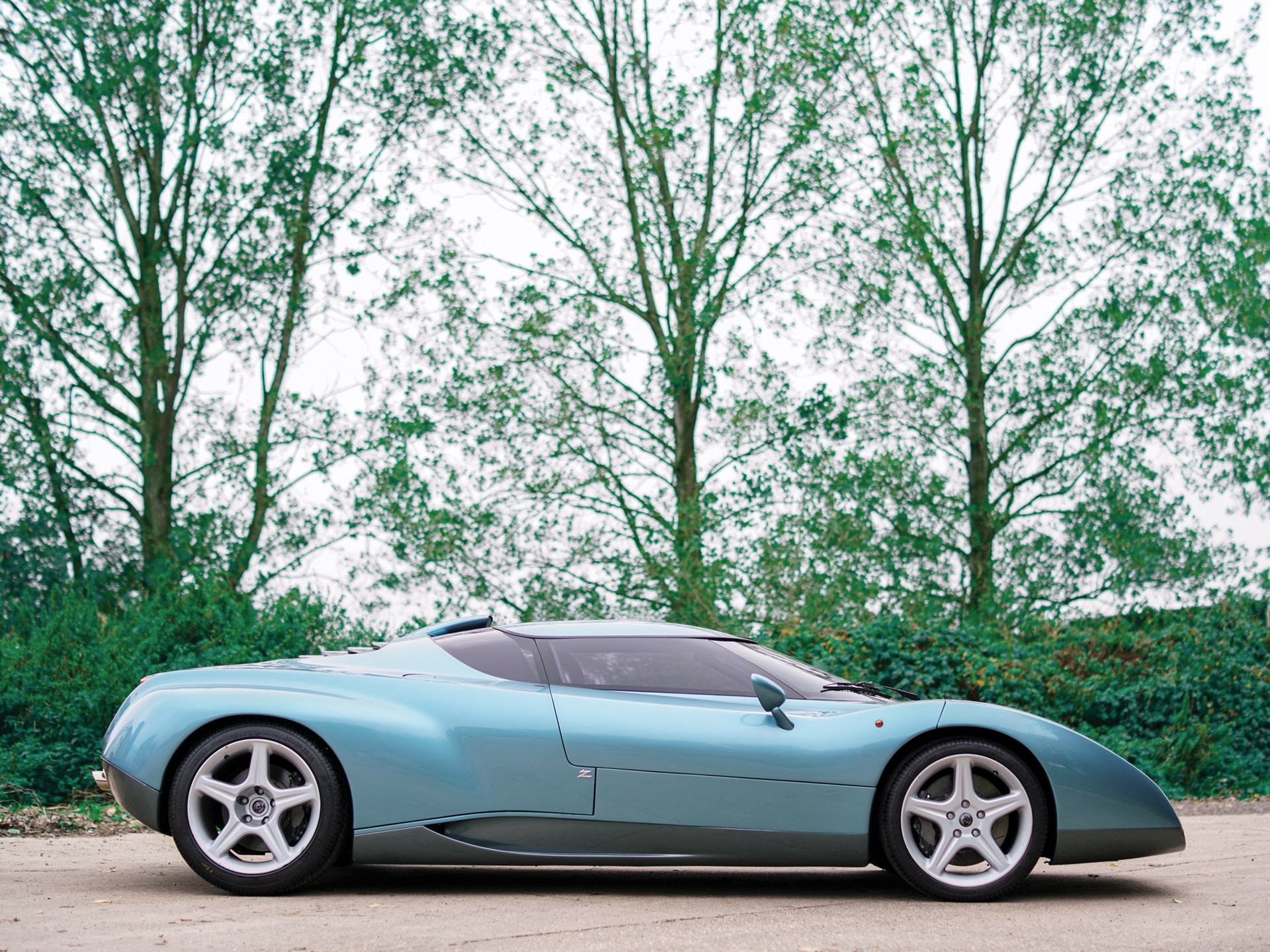 The Zagato Raptor was designed in conjunction with Lamborghini SpA as a limited-production model intended to bridge the gap between the Diablo and its subsequently stillborn successor, the Lamborghini Canto. Although the model never went into production, the stunning one-off Raptor concept was significantly lighter and more elegant than the standard Diablo.

It was unveiled at the 1996 Geneva Motor Show and garnered significant attention, not only for its exceptional performance, but also for its futuristic aesthetics, which were the product of Zagato’s new computer-aided design equipment. Indeed, it was one of the very first cars to be designed entirely by a digital design and manufacturing process, negating the need to produce a single scale model. As a result, Zagato’s engineers achieved the remarkable feat of producing the concept from a clean sheet design in less than four months under the guidance of chief designer Nori Harada.

The Raptor itself was built on a tubular space-frame chassis and clothed in an elegant carbon-fibre bodyshell. The body hinged at the rear, in a similar fashion to the Ferrari F40, to reveal the engine bay, but uniquely also hinged at the front, with the entire middle section of the car pivoting forwards to permit easy access to the futuristic interior, whilst also removing the need for conventional doors. The roof section was equally distinctive, featuring the Zagato’s trademark ‘double bubble’ design, as well as being removable, which gave the owner the ability to use the car as a coupé or a roadster according to his or her wishes.

The six-speed manual, all-wheel-drive transmission was borrowed directly from the Lamborghini Diablo VT and featured the same viscous centre differential that gave the Diablo vastly improved handling over its rear-wheel-drive siblings. Under the bonnet, however, the Diablo’s powerful dual overhead-cam, quad-valve 5.7-litre V-12 remained unchanged. The Raptor had a kerb weight nearly 300 kg lighter than the Diablo, a result of the carbon-fibre bodywork, magnesium wheels, stripped-out interior, and lack of fixed doors. Zero-to-sixty was dispatched in less than four seconds, and top speed was rumoured to be the interesting side of 200 mph. Keeping this immense performance in check was an enhanced braking setup featuring Alcon callipers paired to oversized discs. Unsurprisingly, the Raptor forwent the Diablo’s traction control and electronic ABS systems, which were considered dead weight and counterproductive to outright performance when in the right hands.

Despite the positive reception received at Geneva, as well as subsequent road tests that showed the Raptor to have extremely good handling and performance as well as drivability, Lamborghini opted against putting the car into production. Alain Wicki, the brainchild behind the Raptor, cited the upcoming Canto as the issue, as it, too, was being designed by Zagato and featured similar design cues to the Raptor. Perhaps understandably, Lamborghini did not want to upstage the successor to the Diablo with the limited-edition Raptor.

For this reason, the only car that was produced was the Geneva car, which is now offered for sale. It was owned by Alain Wicki himself until 2000, whereupon it was sold at the Geneva Motor Show, passing into the hands of its current collector owner. In 2008 it was displayed at the Pebble Beach Concours d’Elegance before being brought to the UK shortly afterwards. It is as striking today as it must have been in 1996 and presents in beautiful condition throughout in its original sea-green colour scheme with dark grey Alcantara-swathed interior. The Raptor has not been publicly displayed or driven since it was shown at Pebble Beach and would be fresh to the show circuit should its next owner choose to display the car. As the car has not been driven in some years, a full mechanical servicing is advised prior to further show-circuit use.

One-off concept cars rarely fall into the hands of private owners, and this Zagato Raptor is an opportunity to acquire a totally unique car. It would make a fantastic addition to any Lamborghini, Zagato, or concept car collection and is an exciting opportunity that will almost certainly not be repeated anytime soon.

We have 7032 visitors online