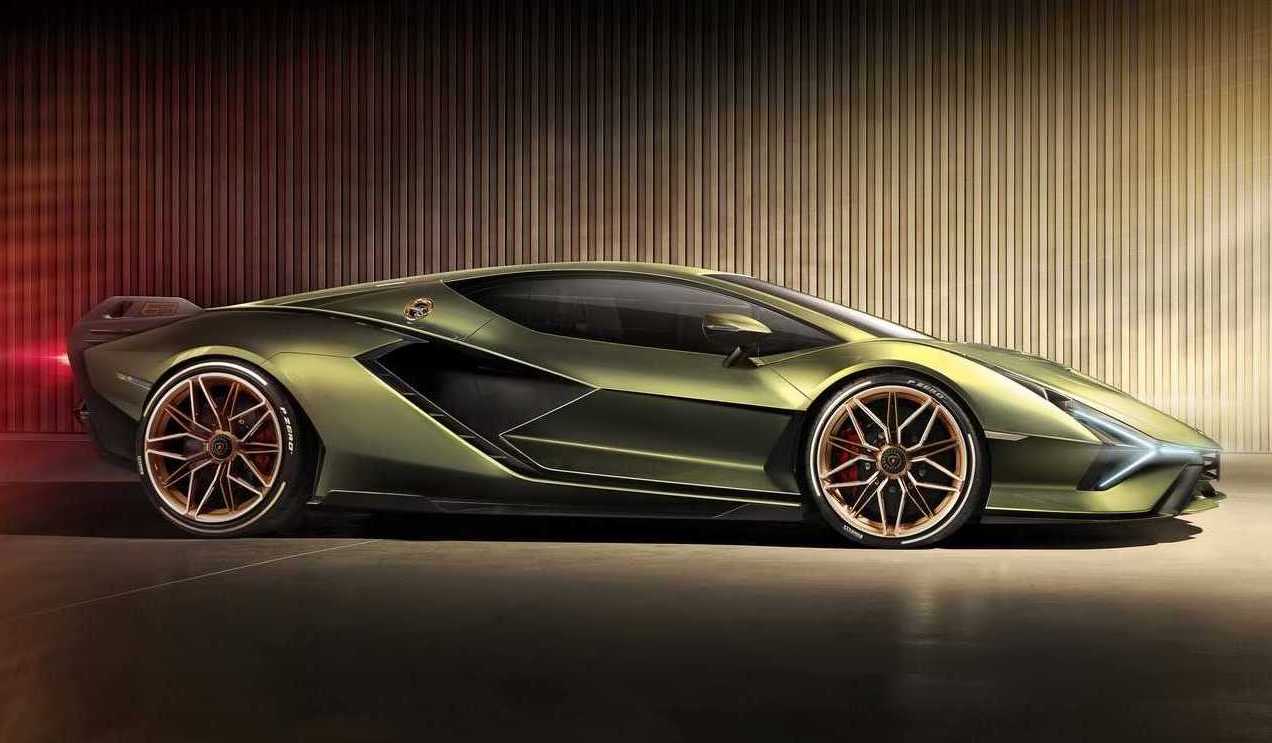 With its aggressive and angular lines, Lamborghini's first electrified production car borrows most of its design elements from the Terzo Millennio. Sián means lightning bolt in Bolognese dialect.

The supercar relies on the same 6.5-liter V12 naturally aspirated engine that’s also used by the SVJ. In this application, however, it is accompanied by a 48-volt mild-hybrid system, which adds 34 horsepower (25 kilowatts) for a grand total of 819 hp (602 kW). These numbers turn the new Sian into the most powerful production Lamborghini ever, taking the crown from the 770-hp (566-kW) Aventador SVJ.

Power is routed to the wheels through a seven-speed automatic gearbox with adaptive shift characteristics depending on the driving mode. It is mated to an electronically-controlled all-wheel-drive system with rear mechanical self-locking differential.

The sprint takes 2.8 seconds; the top speed is electronically governed at 350 kph.

“The fastest Lamborghini must be a visual and symphonic feast, as remarkable to those who see it pass by as those privileged to drive it,“ Mitja Borkert, Head of Design at Lamborghini, explains. “It takes inspiration from the Countach, but the Sián is a futuristic icon, not retrospective."

The ‘63’ badge on the little carbon fiber shark fins at the back indicates the number of examples Lamborghini will build. Just 63 lucky customers will get the chance to buy the Sian at a starting price of $3.6 million. All 63 examples are already sold.

The Sián represents a new level of personalization thanks to the close collaboration of Lamborghini’s Centro Stile and Ad Personam department in the creation of each of the 63 cars. The Sián is specifically designed in a configuration with Verde Gea (green) and Oro Electrum (electric gold) covered with a precious multilayer paint that contains golden flakes and crystals, perfectly complementing the interior design. The leather in the ‘Terra di Sant’Agata Bolognese’ color was created in collaboration with Poltrona Frau, and other components are 3D printed for the first time in a Lamborghini car.

The Sián will be unveiled at the IAA 2019 in Frankfurt.

We have 7117 visitors online