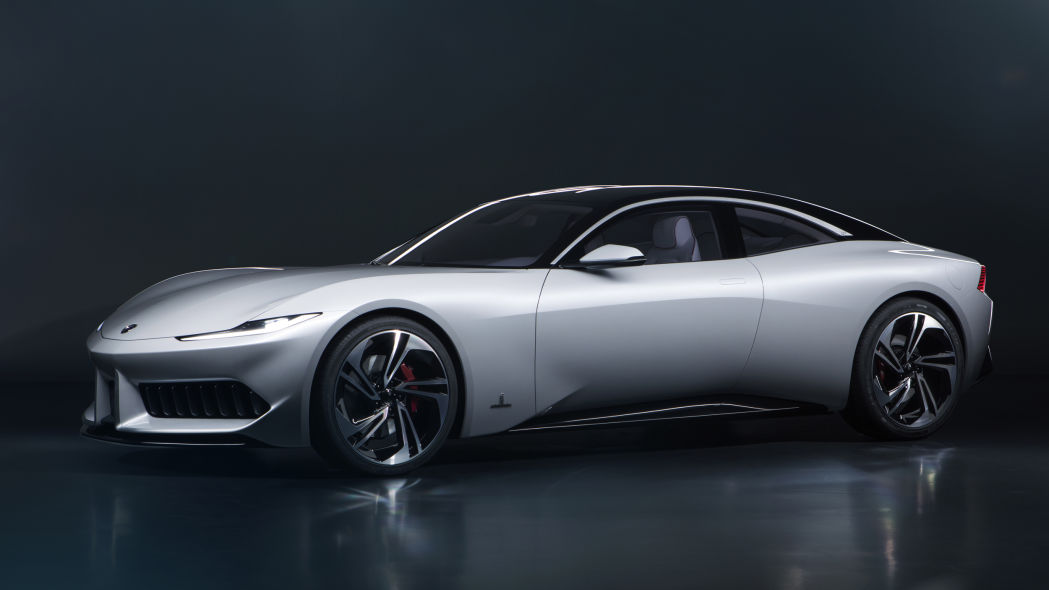 Karma Automotive, the company that emerged after the bankruptcy of Henrik Fisker’s first automotive venture, came to the 2019 Shanghai Motorshow with its own "Big Three": A flamboyant open-top concept, the revised Revero GT and this lavish and elegant two-door sports car penned by Pininfarina which could be produced in limited quantities by Pininfarina if enough buyers get together.

It is Karma’s first result of the partnership with famed Italian design and engineering house Pininfarina. The bespoke, Italian-designed, production-ready, two-door coupe infuses next-generation styling, technology and design visions for today’s world. The car will be electrically powered, but gets an on-board generator powered by BMW’s three-cylinder 1.5-litre petrol engine.

Southern California-based luxury electric automaker Karma Automotive today announced the North American debut of its Karma GT designed by Pininfarina will occur at the world-famous Monterey Car Week. Pebble Beach Concours d’Elegance guests can expect an up-close look at the one-of-a-kind Karma GT designed by Pininfarina, which will be displayed from Thursday, August 15, through Sunday, August 18 at Karma’s exhibit on Peter Hay Hill.

“Pebble Beach is the definitive luxury automotive event of the year,” says John Maloney, Karma’s Chief Revenue Officer. “For a pioneering challenger like Karma, our presence at Pebble Beach sets the tone for our brand on the global luxury stage.”

Karma’s partnership with Pininfarina, the iconic Italian design and engineering house, was announced in January with the Karma GT designed by Pininfarina being the first result of the partnership. Collaborations such as these help the automaker accelerate future technology and product development as it moves into a new phase of rapid product expansion.

“Presenting to Pebble Beach our strategic relationship with a Southern California-based brand is perfectly aligned to Pininfarina’s growth strategy in the North American market,” explains Giuseppe Bonollo, Pininfarina Sales & Marketing Director. “We bring to the U.S. our expertise in design, in the creation of customized luxury vehicles and in premium brand lifestyle. We are sure that the stunning electric GT we designed for Karma will be very much appreciated by Pebble Beach collectors.”

The Pininfarina-designed concept car will be displayed alongside the new 2020 Karma Revero GT at the company’s Pebble Beach activation, giving guests the first opportunity to test drive the new luxury electric vehicle.

The Karma GT designed by Pininfarina is both a true Pininfarina and Karma, united through shared commitment to stunning design. Spectators will recognize the 2020 Revero GT’s distinctive proportions within the Karma GT designed by Pininfarina, with the surprise of a reimagined exterior. The collaborative design philosophy is fluid through the vehicle’s emotionally driven lines, with all-new body sides, an aggressive face and contrasting black roof transforming the Revero GT’s character into a truly bespoke vehicle blending Californian innovation with traditional Italian sportscar flair.

We have 7459 visitors online