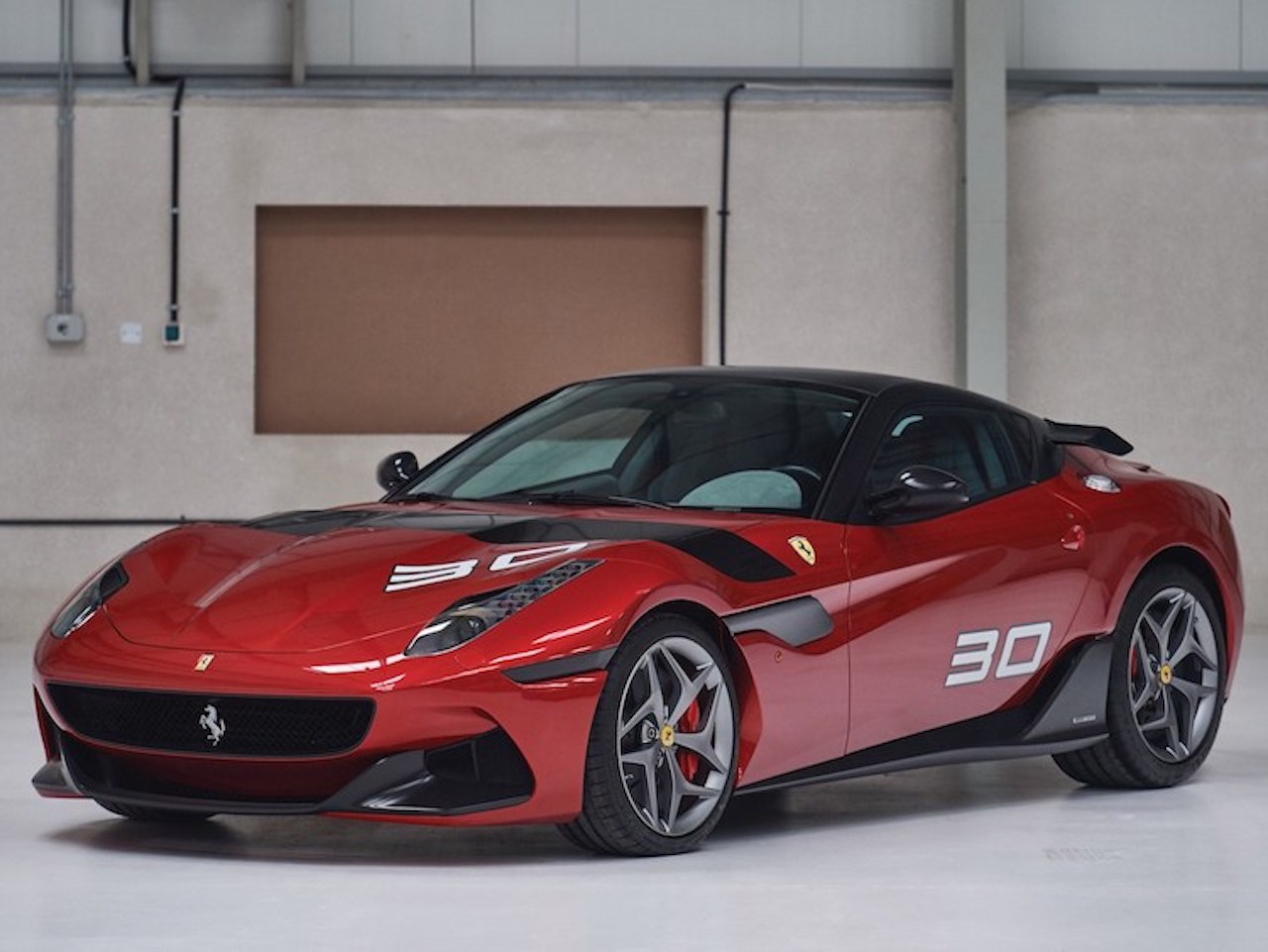 COACHBUILDING IN THE MODERN ERA

In the late the 20th century, the art of coachbuilding had truly been lost. Gone were the days of purchasing a chassis and drivetrain from a noted manufacturer and commissioning your designer of choice to build a body to your own specifications and requirements. With mass-production luxury automobiles becoming the norm and homologation requirements becoming costlier and more difficult, true coachbuilt cars were reserved for the ultra-wealthy or heads of state, with the Sultan of Brunei being the archetypical example.

Nevertheless, well-heeled enthusiasts were still intrigued by commissioning their own coachbuilt cars. Upon the advent of the 21st century, coachbuilding began to make a return in limited numbers with cars like the Zagato-bodied Ferrari 575 GTZ and Aston Martin DB7 Zagato and DB AR1, yet these were produced in limited quantities. Looking to build something truly unique in the traditional style of coachbuilding, Pininfarina approached American Ferrari collectors Jim Glickenhaus and Peter Kalikow in the early 2000s to see if they would be interested in commissioning such a car. Both responded enthusiastically and in short order had their own Ferraris with unique Pininfarina coachwork.

Glickenhaus’ car, dubbed the P 4/5, was based on the Enzo and designed as a forward-thinking homage to the Ferrari 330 P4 and was truly modern in conception and execution. Kalikow’s car, the 612 Kappa, largely resembled the 612 Scaglietti it was based on. Kalikow directed Pininfarina to make subtle changes to each of the car’s body panels to enhance its visual elegance, so subtle that they would only be noticeable to 10% of Ferrari experts at first glance, recalling coachbuilt 250 GTs of the 1950s.

Both cars generated much positive press upon their debut and quickly got the attention of Ferrari themselves. Sensing an opportunity, Ferrari’s own one-off program was unveiled in 2008. Customers would first select a current production chassis and drivetrain to work with. The new car had to retain that chassis’ particular hard points as well as other homologated details, such as headlights, taillights and steering wheels with air bags, to remain road-legal in most jurisdictions. But in terms of design, customers are given a blank sheet and creative power of Ferrari’s own designers to work within those limits and turn their dreams into reality.

Dubbed the Special Projects division, roughly 40 cars have been produced for Ferrari’s very best clients. Approximately a third of these are known to the public, with some being formally announced upon their delivery and some masked in supreme secrecy from start to finish.

This car, dubbed the SP30, received a bit of early attention in the automotive press, but has largely remained out of the spotlight since. During the initial design phases, the SP30 was announced as a project underway for a client based in the United Arab Emirates and preliminary design drawings were shown, showcasing the potential final product based on early conversations with the owner prior to production. After that, the project remained out of the public eye until only very recently.

Based on a 599 GTO chassis and drivetrain, the bodywork is completely unique to this car, defined by the 599 XX style rear winglets and speedster humps at the rear. Utilizing 458 Italia headlights and 599 tail lights, the car’s silhouette is clearly reminiscent of other front-engined, twelve-cylinder Ferraris. Boasting unique wheels, the scalloped bonnet most certainly inspired designers of the F12tdf.

The interior switchgear and components are sourced from two different Ferraris. With gauges, steering wheel and seats sourced directly from the 599 GTO, the car’s switchgear and infotainment system appears to be from the 612 OTO, characterized by the large satellite navigation system in the center console. Trimmed in two-tone grey Alcantara, standard carbon fiber is seen on the dashboard, transmission tunnel, steering wheel and paddle shifters, but red carbon is utilized on the parking brake handle and passenger side grab-handle, and red paint on the rims of the air vents matches the red tachometer and seatbelts. Like the 599 GTO, the SP30’s interior is devoid of carpets, hinting at its sporty atmosphere. Behind the seats is a rear parcel shelf suitable for two small weekend bags.

Presented in virtually as-new condition, the SP30 has barely, if ever, seen the open road, showing less than 110 km from new on its odometer. Even the original plastic protective covering is still affixed to the infotainment screen. Very much the crown jewel of its collection, the SP30 represents the ultimate manifestation of the wildest automotive desires of its first owner, and plainly was treated with respect as a piece of automotive artistry and history.

The opportunity to acquire a Ferrari Special Projects car is simply unprecedented and this marks the very first example to be offered for sale to the public. Visually linked to a number of Ferraris to come before and obviously inspirational to some that followed, it is a unique piece of the marque’s history, akin to the much celebrated one-offs of the Enzo-era. It goes without saying that this is an unprecedented opportunity to acquire something truly unique.

We have 7082 visitors online