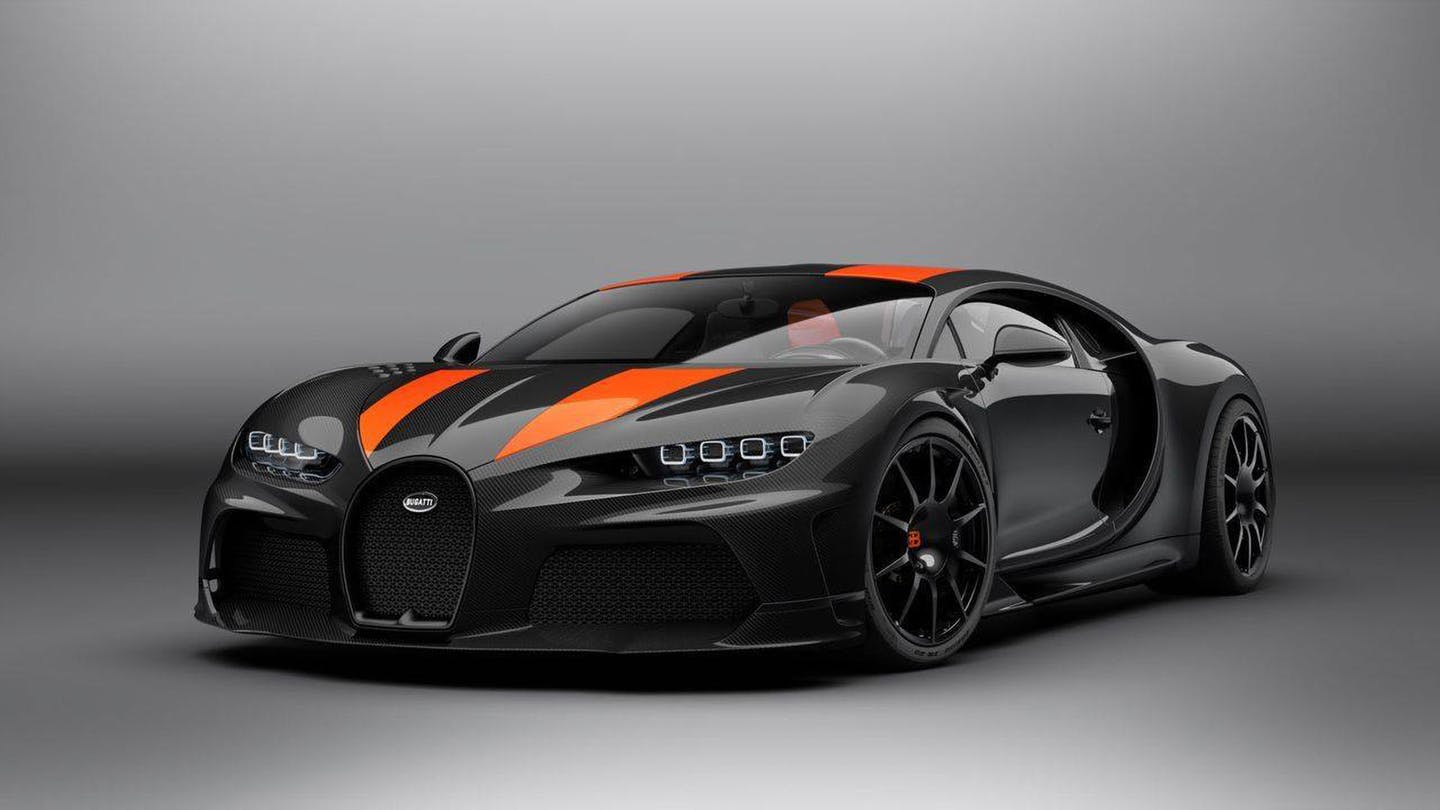 In August 2019 Bugatti presented a limited production high performance variant of the Chiron called the the "Chiron Super Sport 300+" project, with a speed record run of 304,77 mph (490,5 km/hr). The variant is limited to 30 examples and closely resembles the prototype performing the top speed record run.

The Super Sport 300+ uses the same 8.0-liter quad-turbo W16 engine as the Centodieci (nicknamed "Thor"), which is good for 1,578 horsepower, and the beautiful longtail bodywork with exposed carbon fiber.

The 2021 production model — if such a term can be used for something so exclusive — will feature a few changes to make sure no one attempts to replicate Bugatti's 300+ mph feat on public roads. The Chiron Super Sport 300+ trades its array of laptops, telemetry gear, and integrated roll cage for a finished two-seat interior replete with carbon fiber and Beluga Black leather. It's also got a slightly higher ride height to improve road usability. But the biggest safeguard is the electronic speed limiter, which reportedly will be set at 273.4 mph (440 km/hr).

It remains to be seen whether Bugatti will allow owners to retrofit their cars to the appropriate 300+ mph spec.

With Bugatti retiring from chasing speed records while Koenigsegg, Hennessey, and SSC North America are all gunning to hit the 300-mph mark, the Chiron Super Sport 300+’s title for the fastest production car is already in jeopardy. Depending on how you see things and whether you are on team Bugatti or Koenigsegg, the Agera RS still holds the title since it did 277.87 mph (446.97 kph) on average in both directions. The Chiron only did it one way, therefore the Koenigsegg remains the official Guinness record holder. As a refresher, the Agera RS hit an absolute top speed of 284.55 mph (457.94 kph) nearly two years ago during its record-breaking run at the Nevada State Road 160 highway where Bugatti estimates the SS would do 320 mph (515 kph).

We have 7233 visitors online