First Cobra Ever Made To Go Up For Auction In Monterey

The CSX refers to “Carroll Shelby Experimental”. This is the prototype car, the car that Shelby bought from A.C. and then fitted with a 221 cubic inch Ford V8 engine (later changed to 260 cu. in. like the first production cars).
This is the same car that, while still in raw aluminum with the hand scripted word in white paint “Shelby” on the leading edge of the nose, was tested by the late John Christy for Sports Car Graphic. This is the same car that Shelby took out to Dearborn, hat in hand, and demonstrated to the Ford brass, whereupon it broke. But Lee Iacocca, then a top Ford executive was so impressed by his passion that he told the Board members “Give him $25,000 before he chews the curtains.”

Shelby then took the car back to Dean Moon’s shop, Dean being a maker of the famous Moon hubcaps, and did further work to be able to loan the car out to magazines for driving impressions. He would repaint the car several times to make magazine readers think the Cobras were just flowing off the assembly lines. First it was raw aluminum, then a canary yellow (as on the Road & Track cover below) and then blue, the color it is now.

When Ford funded Shelby to rent a shop from Lance Reventlow, another American who had made it into International racing and who had also built his own sports car, the Scarab, Shelby began importing A.C. Aces from England set up to take his Ford-supplied engine and transmission and having all the changes dictated by his main engineer Phil Remington.
The car was never raced, which leads to a conundrum, i.e. is it worth more than a Cobra that has a racing history, say one of the six Daytona coupes that helped win the World Manufacturer’s Championship for Shelby American in 1965? Historically yes, though it might be tame to drive compared to any of the factory race cars.

When Shelby died on May 10, 2012, at the age of 89 of a long standing heart condition (he was for a while the oldest recipient of a heart transplant), there was a lot of scuttlebutt afterward about what would happen to his own car collection, which consisted of dozens of cars, even old Model T Fords.

According to a June 19th posting by Don Johnston, a poster on the Shelby forum, a forum run by the Shelby American Automobile Club:

CSX2000 is owned by the CHS Trust but normally resides in the SA Heritage Collection in Las Vegas. Once the proposed CS Museum was to be built in Gardena, it was to be shared on exhibit between the two locations. But proposals change. The Museum development has been bogged down for years in internal squabbles. SA Las Vegas is busy with cranking out Shelby Mustang conversions and various series Cobras and giving popular free tours to help support the gift shop, but has been in a process of liquidating the collection of many of the SA prototypes. CSX2000 has been on view for free since the SA LV shop opened twenty years ago. Before that it was sometimes on display in the lobby of the old Shelby Goodyear shop in Gardena.
It must have been a major discussion as to which auction company to handle the sale. This should be one of the well attended and viewed auto auctions in a long time. So who (or what consortium) will win the bid and how much? And will we ever be able to see it on public view again?

The RM press release said Carroll Shelby’s personal 427 Cobra with chassis number CSX 3178 will also be in their auction in Monterey, to be offered at No Reserve, unlike CSX2000 which presumably has a reserve. 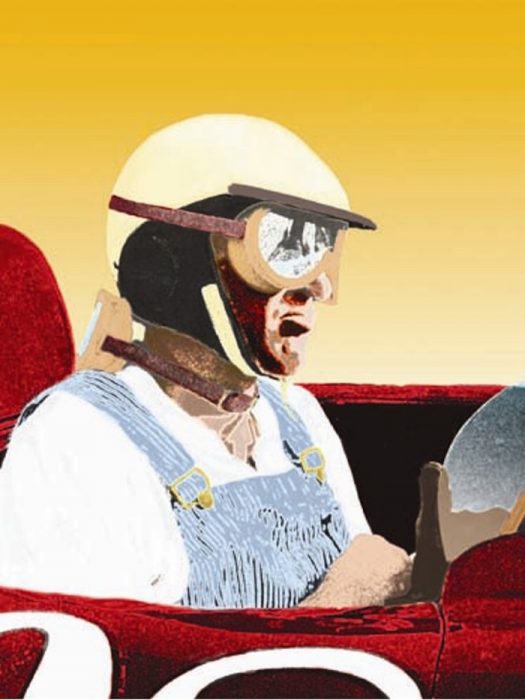 The evolution of the Cobra can be told in a couple paragraphs. First A.C. saw a prototype sports car, one of two built for a private customers by a Brit named Tojiero in an auto show. Ironically the car had imitated the style of the Ferrari 166 Barchetta, intended to be a “poor man’s Ferrari.” A.C. saw the wisdom in this marketing idea and bought the design from John Tojiero and that became the A.C. Ace in 1953. First the production car ran an engine designed by A.C. but that was puny, so when the Bristol inline six became available from Bristol they launched the successful Ace-Bristol. But when Bristol decided to stop production of the engine, A.C. went to a Ford 2.6 liter six from the Ford Zephyr. That was a good substitute but that engine had its problems, bottom end failures. Only 37 Ford engine Aces and eight Aceca coupes were built.

ALONG COMES THE TEXAN

Then one day in 1961 Shelby is having lunch with John Christy of Sports Car Graphic spending the money sent in from people who wanted to know about the Carroll Shelby School of High Performance Driving. Christy lets on that A.C. is stuck without an engine. Maybe he didn’t know of the Zephyr version. Shelby couples Christy’s tip with what a Ford official had just told him—they were making a lightweight 221 inch V8. The Ford official said he’d send Shelby a couple to play with. He didn’t even mention they were working on a 260 cu. in. version.

According to Randy Lorentzen, on Motor Trend’s website in 2012:

One of the 221-cubic-inch V-8s was sent to England for mocking up in the Ace chassis that would ultimately be tagged as #CSX2000. Contrary to popular belief, the hybrid machine that would become the first Cobra actually ran for the first time under its own power in England in late 1961… According to the Shelby American World Registry, the car was driven at the MIRA test track in England by AC chief Derek Hurlock, though Shelby didn’t recall that event. 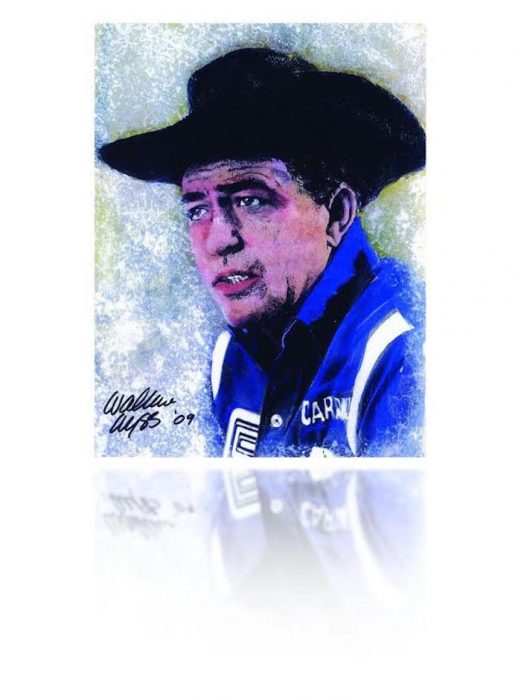 Shelby flew to England and tested it on a racetrack. He decided it needed a few things and the chassis was sent to California. He didn’t need the engine, he had two more coming to California.
But when the engines arrived in California, according to historian Brian Laban, they were 260 cubic inchers. Shelby had Dean Moon and other hot rodders, probably including Phil Remington, breathe some more life into it, with a higher compression ratio, a new intake manifold toting a Holley four barrel. (Remington also designed a Weber manifold for racing).

That first car was completed in California in February 1962.

Having earlier tried to talk Donald Healey into letting him sell Healeys with Chevys to no avail, this time Shelby went to Dearborn, to Ford, and said he was partners with A.C. and they were going to build a Ford-powered sports car. He hit Ford just at the right time because Henry Ford II was trying to buy Ferrari. Henry Ford II wanted to go big in racing in Europe to get the name Ford wider known. He opened the floodgates on supporting racing, all kinds of racing from drag racing to NASCAR to sports car racing.

Shelby had told A.C. he was partners with Ford. He told Ford he had the backing of A.C. So it was a little white lie, but it built an empire as the money began flowing from Ford.

The production cars were fitted with 260 cubic inch V8s Ford having decided that was the engine they were going to put in the Falcon Sprints.

Carroll Shelby’s personal 427 Cobra chassis number CSX 3178, will also be rolled across the block in Monterey, a car never owned by anyone but him. One clue is it, like the twin Paxton, has an automatic. It is little known that, because of a motorcycle injury incurred while a lad, Shelby had a bad leg (not that it hurt his race driving, he won LeMans in 1959 for Aston Martin).

HOW MUCH ARE WE TALKING?

How much will CSX2000 go for? Speculation is rampant right now on Shelby websites on just how much the car is worth. It is known that Daytona coupes, of which there are but six, are worth many millions of dollars. And Shelby’s own twin Paxton supercharged 427 Cobra sold for $5 million at auction, and that was one of two cars, and probably the most dangerous Cobra ever made (its twin killed an owner when it spun off the road into a lake).

One thing is sure. If you are a studly type, and want to look more macho than Dwayne Johnson, that would be the car to go on a tour with, say the Colorado Grand. And when someone casually asks you at lunch “What SN is that Cobra?” you could say “It’s the original.”

Wouldn’t CSX2000 be worth more if the family kept it? Undoubtedly. But they don’t need it. Folks who like cars will still go to the Shelby American Museum and the museum folks could modify one of their small block replica Cobras to look just like it. While meanwhile the family could be collecting interest on the millions they can get if they sell it now.

R. Shelby, the son of Carroll Shelby, explained on a Cobra website ShelbyForums.com:

“From the beginning, CSX 2000 was used for the development and promotion of the new platform. As it was passed from magazine to magazine for reviews, it underwent a host of color changes. The goal was to convince the public that Shelby had more than one car, but for much of 1962, CSX 2000 was the only Cobra. In the decades that followed, as the car’s popularity grew, it remained with Carroll Shelby as his personal Cobra. It was a car he loved, a car he drove, and a car that began the long legacy he would leave on the automotive world. Without CSX 2000, there would be no Cobras, no Shelby Mustangs, and no GT40s or GTs.”

American auto makers are not quite as nostalgic as European ones. They let prototypes go, and apparently the historical significance of the car doesn’t measure up to the money they can put in the bank in exchange for it. After all, would any of the tourists who see a dolled up early Cobra or small block replica on display be able to tell the difference between that and the original?

And so it is. For nostalgia’s sake I would have liked to see Carroll Shelby’s grandson or great grandson piloting the first one around the track at Monterey in some future celebration of Shelby American but I guess I won’t see that happen…

Read about the very next Cobra CSX 2001 here.

THE AUTHOR: Wallace Wyss is the author of SHELBY: The Man, the Cars, the Legend available directly from Enthusiast Books.

We have 7509 visitors online