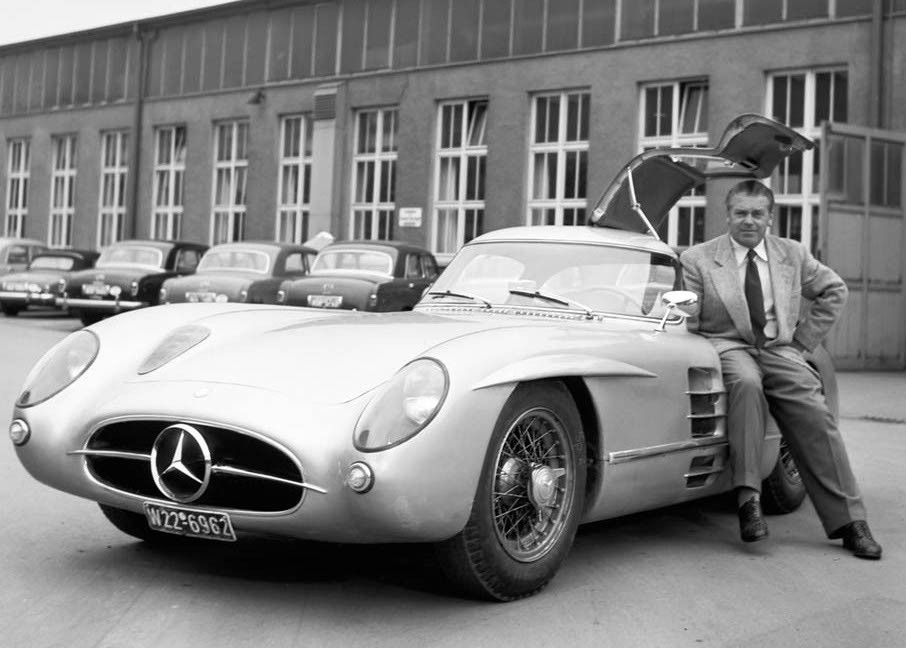 Rudolf Uhlenhaut was an Anglo-German engineer and executive for Mercedes-Benz. He had a long association with the Mercedes-Benz racing programme of the 1930s and 1950s, and is best known for his road legal Uhlenhaut Coupé version of the 1955 Mercedes-Benz 300SLR race car.

Uhlenhaut was born in London, the second of four children, on 15 July 1906, during his German-born father Max Uhlenhaut's term as head of the London branch of the Deutsche Bank. His mother, Hilda Brice, was English. He attended the Tollington School in Muswell Hill. At the outbreak of World War I in 1914 the family moved to Brussels, and later to Bremen. After finishing his schooling, in 1926 he took up a place at the Technical University of Munich to study engineering, during which, as an avid skier, he spent much time in the Bavarian Alps.

At the outbreak of World War II, the racing team ceased and Uhlenhaut, who due to his dual-nationality was kept under constant surveillance by the Gestapo, was found a position at Daimler-Benz aircraft engines designing and developing cylinder heads, especially the Daimler-Benz DB 603. After cessation of hostilities, he founded a small transport business, using ex-Wehrmacht trucks fuelled by methane gas. He was then contacted by an old friend, who was by now a Major in the Royal Electrical and Mechanical Engineers, and contracted to work on reconstruction projects.

The Mercedes-Benz W196 won the F1 Championship in 1954 and 1955. Uhlenhaut surpassed even Juan Manuel Fangio's times in test sessions.

Based on the Mercedes-Benz 300 SLR sport racer of 1955, Uhlenhaut created a road legal SLR/SL hybrid. Capable of approaching 290 km/h (180 mph),[5] the 300 SLR Uhlenhaut Coupé easily earned the reputation of being the era's fastest road car. A story circulates that running late for a meeting Uhlenhaut roared up the autobahn from Munich to Stuttgart in just over an hour, a 137 mile/220 km journey that today takes two-and-a-half.

However, the lightning-fast SLR Coupe never made it into series production. The Stuttgart-based car maker felt that the mid-1950s was not the right time to bring out a powerful sports tourer of this kind, leaving the road version of the SLR to fall into oblivion. As Mercedes pulled out of motorsport in 1955, the SLR Coupe project was put on ice. Only two prototypes of this masterpiece of power and elegance were ever built and yet this wonderful car had still become a legend in its own right.

Rudolf Uhlenhaut, who never owned a car of his own, retired in 1972. In later life he needed hearing aids, possibly due to damage caused by his loud cars. He died in Stuttgart on 8 May 1989.

We have 9013 visitors online