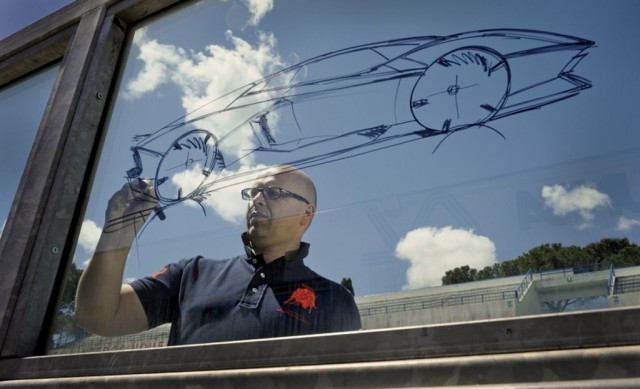 Filippo Perini was born on April 13, 1965 in Piacenza (Northeastern Italy). Perini studied mechanical engineering at the Politecnico di Milano and later obtained a Masters Degree in Automobile Design from the Faculty of Architecture.

From1993 through to 1995 he worked as a freelance designer for Alfa Romeo, FIAT Auto, MET Helmets, Aprilia, BCS, Ferrari, Castoldi Jet, Cantieri Nautici, Off Corse and as a consultant for FAST (a Federation of Scientific and Technical Associations).

In 1995 he joined the Alfa Romeo Design Centre, where he worked on the interior and exterior design of GTV and Spider, as well as their Restyling versions, 156, 166, the concept car Nuvola and the SUV Kamal. In 2001 he was appointed Director of the Exterior Design of Alfa Romeo 159 and of the 8C Competizione concept car.

After two years, in 2003, he joined AUDI AG as Exterior Designer and the following year, 2004, was appointed Lamborghini Head of Exterior Design for projects such as Miura Concept, Murciélago LP 640, Murciélago LP 640 Roadster, Gallardo, Concept S. From 2006 Filippo Perini was the Director of the Automobili Lamborghini Centro Stile, where he managed projects such as Gallardo LP 570-4 Superleggera, Gallardo LP 570-4 Spyder Performante, Reventón and Aventador as well as new concept cars and advanced projects.

In September 2015 Filippo Perini was appointed Head of Styling at Italdesign Giugiaro.

We have 7224 visitors online