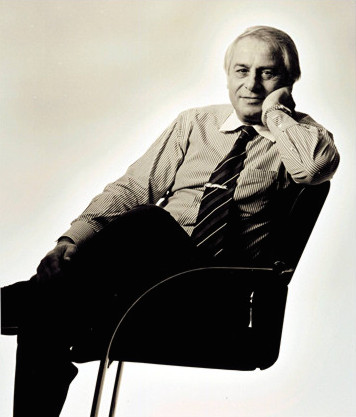 Claude Lobo (20 August 1943 – 3 June 2011) was an automotive designer who served in various design positions at Ford Motor Company over 32 years, playing a prominent role in designing Ford automobiles including the Ford Capri (Mk I), Mercury Cougar (Mk VII), Ford Ka (Mk I) and Ford Focus (Mk I) – while pioneering innovations including the development of Computer Aided Design.

Born in Paris, France in 1943, Lobo studied at the city's Technical College and the Academy of Applied Arts.

After designing for an electric appliance company and later for Chrysler-Simca, Lobo joined Ford of Germany in 1966, as a designer. In 1967, Lobo became Manager of Exterior Design at what became Ford of Europe, where he held a number of senior design posts, including assignments in small, medium and large car and truck design – and became chief designer of Advanced Program Definition and Computer Aided Design (CAD) in 1987.

In 1994, Lobo became Director of Ford Motor Company's Advanced Design Studio in Dearborn, Michigan, leading development of several concept vehicles including the Ford Indigo, Synergy 2010 and the Mercury MC4. Lobo continued to assist with further implementation of Computer Aided Design technology at Ford, e.g., coordinating the CAD system at Ford with advanced model-milling CNC machinery as well as coordinating the CAD systems between Ford and its subsidiary Mazda.

Lobo returned to Ford of Europe in 1997 as Director of Design, where he was responsible for the development of the European Car of the Year, the Mk I Ford Focus. 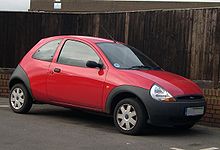 As chief designer on the Ford Ka, Lobo has spoken about his original role, influences on the design, the importance at the time of creating an enduring design, and how the design aged:

Regarding the design of the Focus, Lobo was a smoker and located the ashtray high on the instrument panel, enabling the driver to use the ashtray without removing his hands from the steering wheel.

Lobo had been a professional race car driver in the early 1970s, winning the 24 Hours Nürburgring sports car race and the Marathon de la Route driving a Ford Capri RS with Klaus Ludwig. Lobo also competed in the 24 Hours of Le Mans – and had been known drive a Ford GT40 as his personal vehicle.

Lobo was married and father of two children, Alexandre and Nathalie.

We have 8492 visitors online