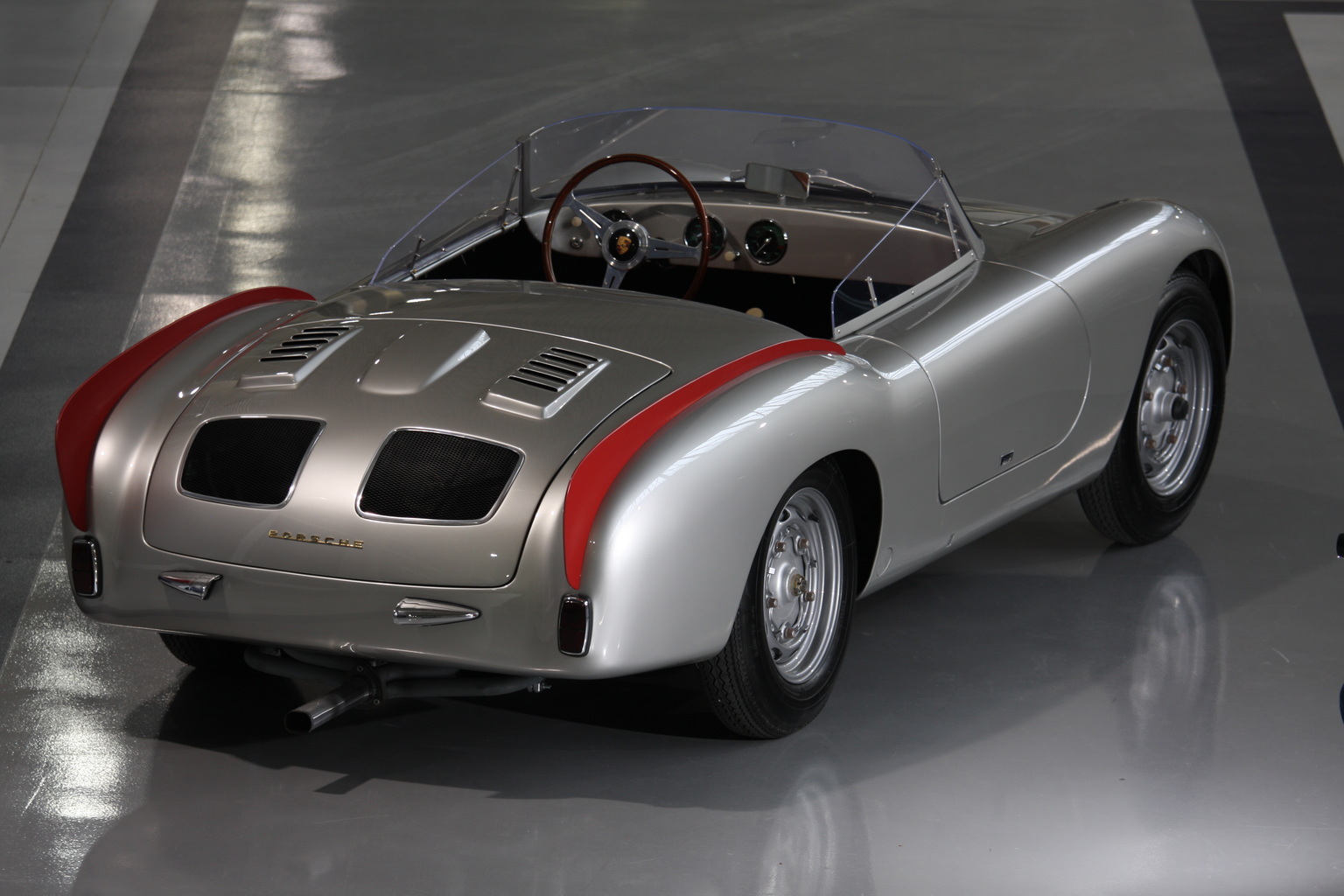 Zagato Carrozzeria is one of the most legendary Italian carrozzerias. Almost every larger sports car they did, such as the Aston Martin DB4 GT Zagato, and the Zagato 250GT for Ferrari is today a much valued car but even the small cars they did on Alfa-Romeo and Lancia chassis were groundbreaking in their time. But little has been mentioned of Zagato’s open Porsche. Everyone knows of the 20 (some say 21) Zagato coupe Carrera Abarths but few have heard of the one off 550 Spyder, which was destroyed in the accident that killed Claude Storez at Highways 58 North on the Reims circuit.

Claude Storez was a French race driver who first competedin a Simca Sport in the early ‘50s and then graduated to a 356 in 1952. He was a French Champion Rallyist with a 356 Carrera in ‘56 and ’57. To show the caliber of driver he was, he finished 6th in the Tour de France in 1957 in his Carrera Speedster behind four Ferraris and the Mercedes 300SL piloted by Stirling Moss.

He got it back, in the summer of 1958, by way of the Porsche factory who did mechanical work. It was a body that looks like a 1953 550 RS or a 1957 718 RSK for which it is often mistaken. It even had tail fins like the first 550 Spyders. It was a competitive car, and with it, he finished second behind Gendebien in the 1958 Tour de France.

But a tragedy was looming, as a few months later, on Feb. 7th, 1959, at Northern Highway 59, he was chasing Noblet’s Ferrari 250 GT when he lost control and hit a milestone marker. He was thrown free and died soon after. Talk at the time was that the night before he was worrying about front wheel failure.

The mystery starts with the fact the wrecked car was never found later on.

But interest in the car remained. So finally in the modern era, the Heritage department of Zagato agreed to build a new one, but only because the original has never been found.

This is considered a Sanction 2, as the British are wont to say but your author has no idea if it’s eligible for vintage racing. The man who commissioned it was Herb Wetanson, a New Yorker restaurant owner and Porsche racer and collector whose wife had previously commissioned a Lancia from Zagato.

Because there’s still a chance the original might be in a barn in France, I’d like to put this car in my next volume of Incredible Barn Finds. First, does anyone know the chassis number?

I also need pictures of the original, but lacking those, am willing to print pictures of the re-creation, if only to help some barn finder recognize the original. Readers with clues or pictures can reach me byThis email address is being protected from spambots. You need JavaScript enabled to view it..

With the third project by Zagato Atelier Classic, commissioned by the American collector Herb Wetanson, Zagato, applying the photometric process to the few images that were left of the car, returned to history the functional shape of this felicitous co-branding with Porsche. Dedicated to the 60th anniversary from the founding of the Stuttgart based manufacturer, it was produced in a limited series of nine units.

We have 6858 visitors online