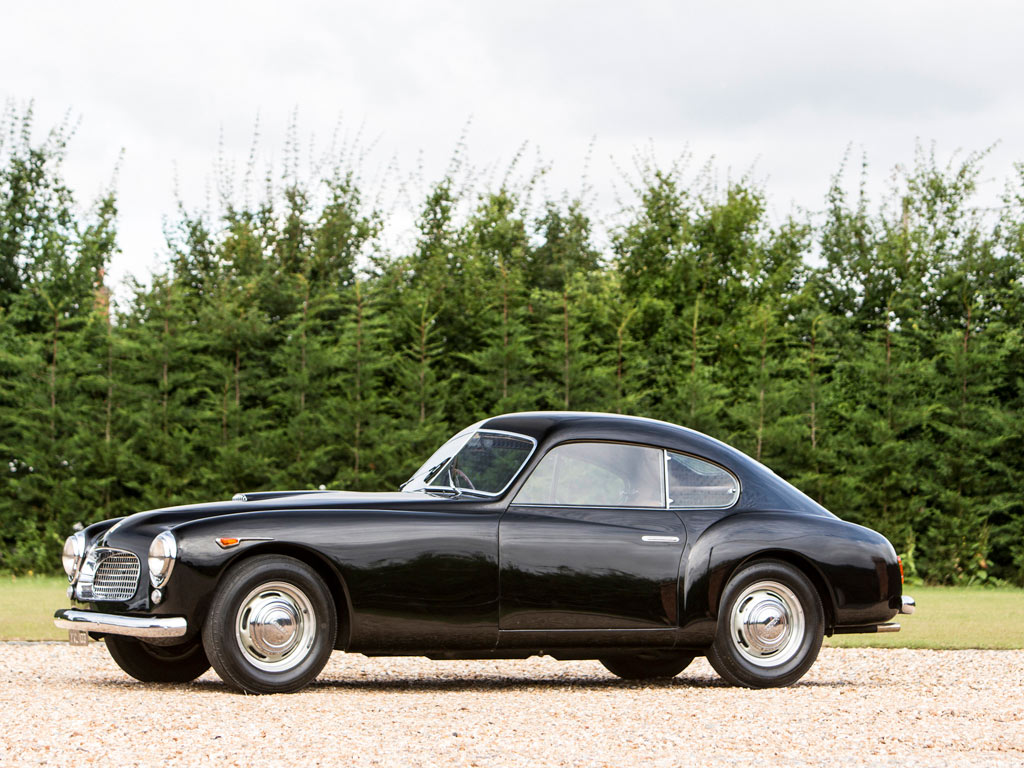 The car pictured here is Ferrari 166 Inter #021S. The '166' in the model designation referred to the swept volume of a single cylinder in cubic centimeters, with all 12 adding up to 1,992 cc. The Gioacchino Colombo-designed engines in these models had a twin distributor and coil ignition system and were fitted with a single twin choke carburettor as standard, although a triple set-up could be specified. The Ferrari sales literature of the time claimed a power output of 110 brake horsepower at 6,000 rpm. The model featured independent front suspension via a transverse leaf spring, wishbones and Houdaille lever-type hydraulic shock absorbers. At the rear there were semi-elliptic leaf springs and similar Houdaille hydraulic shock absorbers. The brakes were hydraulic drum type to all four wheels, with a mechanical handbrake to the rear wheels.

Various coachbuilders were employed to clothe this chassis, all with their own interpretation of how they felt a Ferrari should be bodied. There were examples of coachwork from the houses of a.o. Touring, Bertone, Ghia, Stabilimenti Farina and Vignale.

Stabilimenti Farina provided coachwork for just ten Ferraris, of which nine were on 166 Inter models. Eight were bodied from scratch, one was a rebody. Three were cabriolets, which makes the example shown here one of only six Ferraris wearing this fastback body style by Stabilimenti Farina.

1962 Exported from Italy and sold to Jim Rich, resident in Houston,TX/USA

1964 Owned by somebody in Oklahoma, USA

We have 9083 visitors online