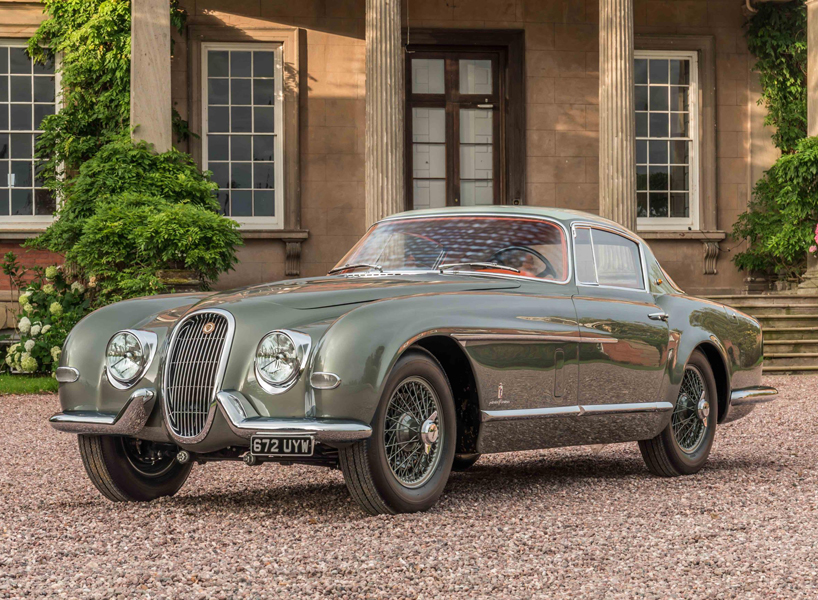 After a full nut and bolt restoration taking 6,725 hours by Classic Motor Cars, the wraps came off this unique Pininfarina bodied 1954 Jaguar XK120 SE at the 2017 Pebble Beach Concours d’Elegance in California, USA.

The car was well received by the crowd of collectors and aficionados gathered at the event and finished second in class O-2 Postwar Closed.

This XK120 features unique bodywork by famed Italian coachbuilder and design house Pininfarina. It was first delivered to a Mr Max Hoffman in 1954, who was an Austrian-born, New York-based importer of luxury European automobiles into the United States during the 1950s. He was a petrol-head who inspired the production and refinement of several vehicles from the main manufacturers, which earned him entry into the Automotive Hall of Fame in 2003. It is believed that Hoffman inspired Pininfarina to reinterpret the shapes of the XK and then unveiled it at the 1955 Geneva Motor Show.

After the unveiling in Geneva, the XK appeared at the Autocar Show later in April that year and Australian magazine Modern Motor reported that it was due to be exhibited at the Turin Motor Show in 1956, but never arrived due to the owner wanting to take delivery of it.

David Barzilay, Chairman of CMC’s operating board, said: “There is little trace of the car’s history, but we are certain that Hoffman was the supplying dealer, then first owner of the car and that there was only one XK120 by Pininfarina produced, which makes this one of the rarest Jaguars in existence.”

In 2015, CMC purchased the car from a German gentleman who bought it in the USA in 1978 with the intention of restoring it. Unfortunately, he never got round to it and eventually decided to sell. CMC took on the challenge and have restored every nut and bolt of the vehicle.

The team of specialists faced a number of challenges during the restoration, from finding the original paint colour to remaking the bumpers and rear window screen.

Barzilay said: “Some of the original parts were impossible to find so we had to remake items such as the bumpers and chrome work by hand from photographs. We had to scan the front and rear end of the car and make mock ups of the lights, which were then scanned and 3D printed. Smaller missing parts were also 3D printed in-house.

“The rear window was missing so we also had to scan the window aperture and have a new rear screen made from the scan data.”

During the pre-restoration inspection it was found that Pininfarina had used the original XK body as a basis, and that, at some point in its life, the car was painted Burgundy and had the seats covered with tan leather.

Barzilay said: “There were no signs of the original paint colour and it all came down to the last nut and bolt. When the front screen was removed, we discovered a small section of original paint and used it as a colour match.”

He added: “The interior trim door cards were missing, along with the carpets and the original colour of the trim, but we discovered a small sample of original Ochre tan leather when we stripped the car down. This was colour matched and the original type and colour leather was used to recreate the interior. The shape and pattern of the door cards was created by looking at similar Pininfarina designed cars from the period.”

80% of the original chrome work remade

We have 9230 visitors online