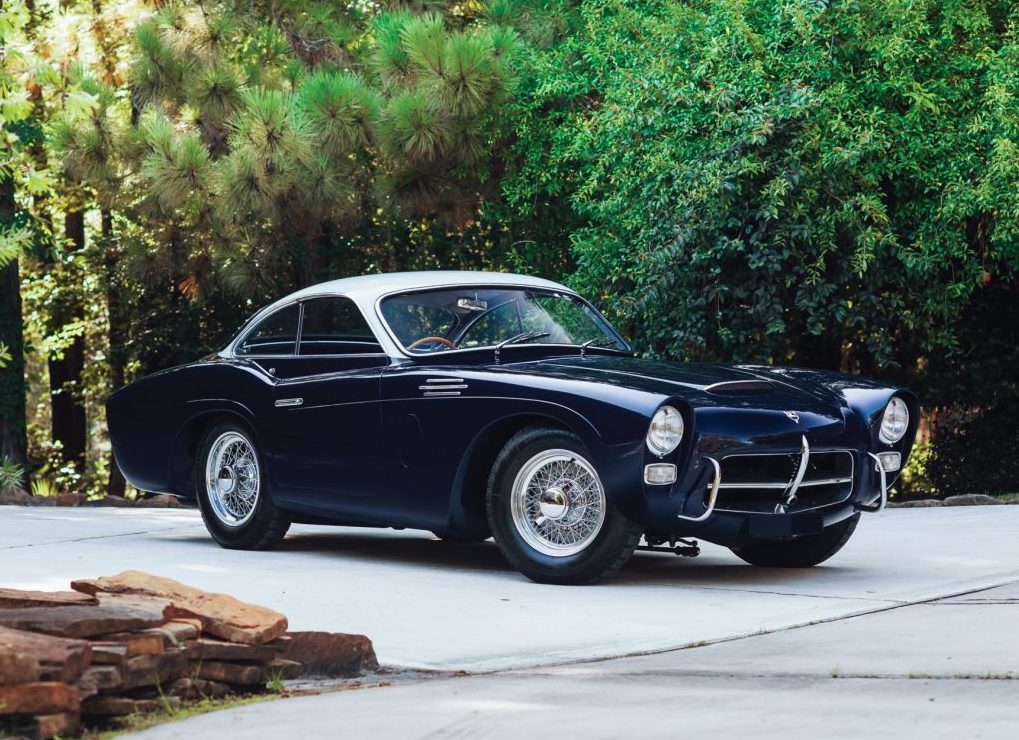 The Pegaso Z-102 was a technologically advanced sports car built by the Spanish in a Hispano-Suiza truck factory between 1951 and 1958. It’s difficult to know exactly how the risky Z-102 project managed to get approved by the accounts department, but the fact that the chief technical manager of the company was Wilfredo Ricard – a former senior engineer at Alfa Romeo and the designer of the Alfa Romeo 512, likely played a significant part.

Ricard had a blank slate to develop a sports car that could race against anything in the world and win. It was quite the mission brief but rather than shy away from it, he took all of the most advanced sports car engineering principles of the day and rolled them into one vehicle.

Most of the work that went into the car, went into the engine. It was developed as an all-alloy V8 with double overhead cams per bank, and four desmodromic valves per cylinder.

Power was fed to the rear wheels via a 5-speed transaxle, with the transmission portion behind the differential to improve weight distribution. Pegaso originally offered the engine as a 2.5 litre unit, but it was quickly offered in additional 2.8 and 3.2 litre capacities.

The first bodies used on the car were built in-house at Pegaso from steel, this caused a significant weight gain and largely negated any advantages that had been engineered into the chassis and drivetrain. It was quickly decided to outsource much of the coachbuilding to Carrozzeria Touring, Saoutchik and Serra – although Touring would eventually body most of the cars.

Paris-based coachbuilder Saoutchik created what some consider the most elegant version of the  Pegaso Z-102, with an almost impossibly beautiful roofline, and a side profile that stops people in the street.

Perhaps the biggest issue with the Spanish car was the lack of funding for development, the model showed enormous potential but was hamstrung by the lack of additional engineering that could have been invested in the drivetrain to further improve handling and reliability.

The Pegaso Z-102 was raced in the 1953 Le Mans trials but crashed out at over 200 km/h, it also put in an exceedingly competitive effort in the 1954 Carrera Panamericana – but suffered another accident at speed which cost the car a podium position or even a potential win. In 1953 the model broke four official R.A.C.B. (Royal Automobile Club de Belgique) worldwide records including the fastest road car – with a speed of 243.079 km/h average in the flying-start kilometre.

By 1958 the funding for the exotic and exceedingly expensive car had begun to dry up, and the bean-counters were keen to end production and focus on the more profitable but less exciting business of building trucks. Pegaso did briefly experiment with a Z-103 but it was short lived, and the lifespan of the factory’s sports car division was just 8 years. During this time 86 cars had been built, and the surviving examples are highly sought after by collectors.

The restoration used 95% of the original parts, thanks to the fact it was a solid original car to begin with, the only major item that was changed out was the gearbox – which was replaced with a unit from another Pegaso.