Carrozzeria Touring is an automobile coachbuilder established on 25 March 1926 in Milan, Italy by Felice Bianchi Anderloni (1882–1948) and Gaetano Ponzoni. Carrozzeria Touring became well known for both the beauty of its designs and patented superleggera construction methods.

After achieving success through the middle of the 20th century, business began to decline as automobile manufacturers replaced body-on-frame automobile construction with monocoque construction and increasingly took coachbuilding in-house. The original firm ceased production in 1966, but Carlo Felice Bianchi Anderloni and Carrozzeria Marazzi preserved the "Touring Superleggera" trademark and used it on several occasions to support the company's heritage. The trademark was purchased by the current owner, which resumed business activities in 2006 under the name Carrozzeria Touring Superleggera S.r.l.; the firm is headquartered nearby Milan, its hometown.

Carrozzeria Touring traces its roots to the 1926 purchase of a controlling interest in the Milan-based coachbuilder, Carrozzeria Falco, by Milanese lawyers Felice Bianchi Anderloni (1882–1948) and Gaetano Ponzoni from Carrozeria Falco's founder, Vittorio Ascari. The new owners changed the name of the firm to Carrozzeria Touring. Bianchi Anderloni, a former test driver for Isotta-Fraschini and Peugeot Italia employee, assumed styling and engineering duties while Ponzoni assumed responsibility for administration of the firms business activities.

Development of the Superleggera construction system

Bianchi Anderloni came to Touring more as an automobile designer than a car constructor, and learned the mechanics of the trade as the company progressed. The company licensed Charles Weymann's system of fabric-covered lightweight frames, a predecessor of their own Superleggera construction system. Touring hired Giuseppe Seregni, who previously collaborated with Bianchi Anderloni on the 1927 Isotta-Fraschini 'Flying Star', as Carrozzeria Touring's first professional designer.

In 1937 at Mille Miglia, Alfa Romeo 6C 2300B was the first appearance of a Touring car built with the Superleggera system.

Prior to World War II, Touring gained fame for their Superleggera bodies, particularly those made for the Alfa Romes 8C 2900 and the BMW 328 chassis.

The company quickly re-energized after the war, with the Superleggera system widely licensed and copied. Felice Bianchi Anderloni died in 1948 and his son, Carlo Felice "Cici" Bianchi Anderloni, (1916–2003) took over management of the firm under the guidance of Ponzoni. The two would remain in charge of the firm until the company discontinued production in 1966.

Cici's first major project was to create a body for the Ferrari 166 Mille Miglia Touring barchetta, which debuted in 1948. Automotive design critic Robert Cumberford has referred to the body design for the 166 as "One of the most charismatic shapes ever." The egg-crate grill of the 166 became a signature Ferrari design element and is still in use by Ferrari today.

The Aston Martin DB4, the DB5 (famously driven by fictional character James Bond) and the DB6 were named after David Brown’s initials. He entrusted Touring Superleggera to design their next generation GT after the introduction of the successful DB2. The license agreement enabled Aston Martin to use the design and the Superleggera construction method at Newton Pagnell plant against a licence fee of £9 for each of the first 500 bodies and £ 5 for each further unit.

Touring's fortunes began to decline as automobile manufacturers replaced body-on-frame construction with monocoque construction. The carmakers began to build their own bodies in their production lines. However, they were not able to produce less than a few thousand units yearly. Therefore, they decided to assign the body production to coachbuilders. This led coachbuilders to invest in additional manufacturing capacity. Once Touring Superleggera had the new plant in Nova Milanese completed, market fluctuation caused the loss of contractors. The company had to wind-up in 1966, although bankruptcy never occurred.

During the winding up, roughly the 80% of Touring Superleggera’s archives caught fire. The documents included precious information Carlo Felice Bianchi Anderloni cherished the most. Therefore, he devoted considerable energy to get in touch with every owner, with the aim of reconstructing the missing information. He started the Touring Superleggera registry, leading it from 1995 on. The credit for the success belongs to Carlo Felice Bianchi Anderloni, who devoted considerable energy to rebuild the Touring Superleggera’s archives that caught fire during the winding up. Thanks to his efforts spent in chasing every owner, he managed to retrieve precious information for future reference. He led the Touring registry from 1995 on. In 1995, he contributed to the revival of Concorso d'Eleganza Villa d'Este He served as the President of the Jury till 2003, time of his death. After 2003, the show began to award the "Carlo Felice Bianchi Anderloni Memorial Trophy" to the most elegant car with a body by Touring.

The new firm has shown several notable projects. At the 2008 Concorso d'Eleganza Villa d'Este, Touring debuted the Bellagio Fastback Touring, based on the Maserati Quattroporte and the A8 GCS Berlinetta Touring, a concept car powered by a Maserati drivetrain. At the 2010 Geneva Motor Show, Touring Bentley Continental Flying Star premiered: a shooting-brake model based on the Bentley Continental GTC, coach built in limited series, with the endorsement of Bentley. In 2011, it was followed by Gumpert Tornante by Touring, a superfast Grand Tourer commissioned by the German sports car manufacturer.

On the stage of 2012 Geneva Motor Show, Touring Superleggera showcased a static style model based on the space-frame chassis of the Alfa Romeo 8C Competizione. It was a tribute to the C52 Disco Volante, a racing car with Touring Superleggera design body introduced in 1952. The name in Italian stands for “Flying Saucer”. It represents one of the most iconic cars of the history of automobile. The Disco Volante was very streamlined, windtunnel tested and with the body built on a tubular space frame. The C52 Alfa Romeo Disco Volante shocked the crowd for its utterly out-of-the-ordinary design, influencing the automobile design for decades. The style model gave birth, in 2013 to the Alfa Romeo Disco Volante by Touring, a bespoke car limited-series of eight units that won the Design Award at Concorso d'Eleganza Villa d'Este the very same year.

Revealed in 2014, MINI Superleggera™ Vision is a concept car created in collaboration with BMW Group. It is an electric roadster blending British style with the Italian coachbuilding tradition. Anders Warming, head of MINI design and Touring Superleggera merged their teams to explore new design languages for the British brand.

The Touring Berlinetta Lusso appeared in 2015. It is a street legal 2-seater coupe featuring a three-volume form based on Ferrari F12berlinetta. Like all modern Touring Superleggera models, it combines hand-beaten aluminium panels with carbon fibre. The series will be built in 5 units.

At the 2016 Geneva Motorshow the Alfa Romeo Disco Volante Spyder was presented.

Touring Superleggera bespoke activity is one of a kind as the development cycle of Touring Superleggera encompasses every stage under the same roof: from design to manufacturing of street-legal validated cars and the restoration of classic cars. Touring Superleggera meets a growing demand of personalization and exclusiveness, beyond the limits of the large scale series-production. Advances techniques help accelerating design and testing on parts, accessories and systems. Craftsmen are supported by computer technology, tooling and modern processes. 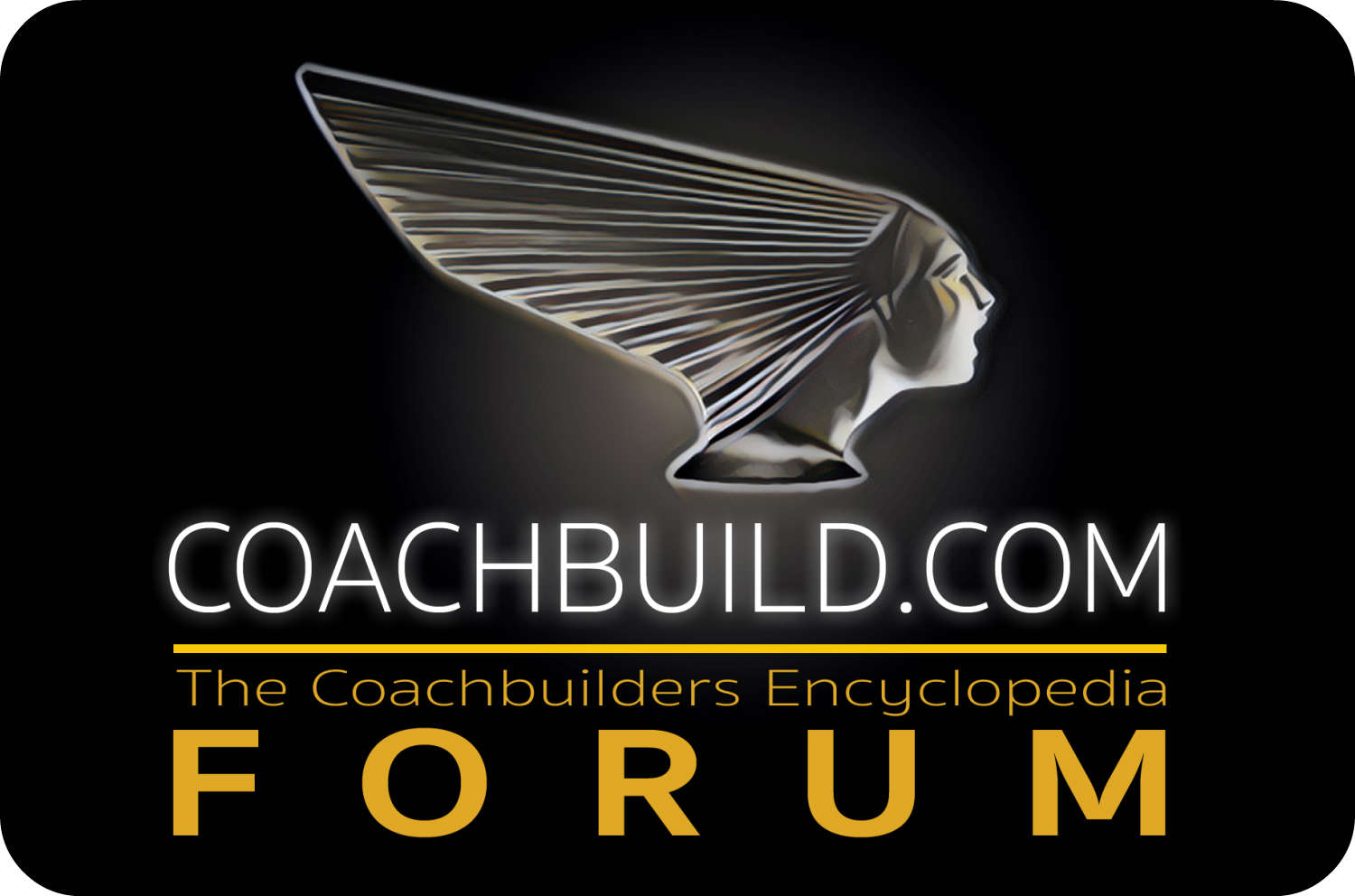 We have 7175 visitors online